Too late to Change your Mind

Too late to Change your Mind Tuesday, 9th September 2011, will forever remain indelible in the history of the United States of America as ... 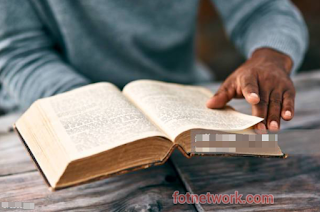 Too late to Change your Mind

Tuesday, 9th September 2011, will forever remain indelible in the history of the United States of America as the twin towers of the World Trade Centre were attacked by terrorists resulting in the killing of thousands and injuring quite a large number of people. Nobody had envisaged the possibility of that attack and that is what makes life unpredictable! The attack was unexpected and greatly devastating as people were sent to their early graves unprepared and others were maimed for life. What a great devastation! There was no time to neither say goodbye nor mend broken relationships. Some left for work that fateful day with the hope of returning home to their loved ones. Some had made plans for the future whereas others had planned their weddings and what have you, but in a twinkling of an eye, the world trade centre burst into flames after been hit by a hijacked airplane. The unpredictability of life! 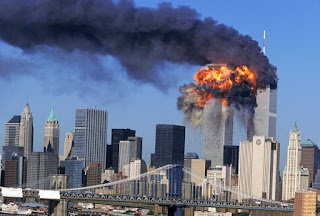 Does that remind you what the scripture says about Jesus Christ’s return in 1 Thess 5:2 “For you know quite well that the day of the Lord’s return will come unexpectedly like a thief in the night”!. Whoever knows when the thief will come?  The unpredictability of his return!

Before and after the attack, people have been dying unprepared amidst messages of repentance and salvation. Today the story is still the same if not worse.  Acts of violence, terrorism, armed robbery, kidnapping, suicide, banditry, rape, injustice etc. have overtaken the world.

Back in the days of Noah, God saw that the wickedness of man was great in the earth, and that every imagination of the thoughts of his heart was only evil continually (Gen. 6:5), he mandated Noah to preach the gospel of repentance to the people, in order to avert judgment. But what did they do? They scoffed him and treated the word of God with disdain.

The truth is, there is no difference between Noah's time and what is obtainable today. Don’t people doubt the word of God today? Questioning the Noah’s of today directly or indirectly when Gods judgment would be? They say that’s what you people have been saying forever yet there is no sight of judgment. (2 Pet. 3:3-7).   So there are still scoffers today. In Luke 17: 26, Jesus Christ warned “as it was in the days of Noah, so shall it be in the days of the son of man”.

What does the above statement Imply? From scriptural account, after Noah completed the building of the ark according to God’s specification with the entering in of specified animals as well as members of his household, God shut them in.( Gen. 7:16). ).   Suddenly, the floods came and overtook the whole earth and there was chaos on earth. People ran to and fro for safety but it was too late.

The rain the people had never seen before, which they said was impossible began to fall in torrents. Judgment was in full swing. As it was raining unabated, the seas were rising, floods were covering the face of the earth, and the people started pleading with Noah to let them come in. All those in the ark, including the animals, were safe while all outside were in the peril of the floods. They could not laugh at Noah at that point in time anymore, because it was too late for them to change their minds. God had shut the door of the ark himself. They desperately knocked at the door, pleading for a second chance, but it was too late. They refused Noah’s entreaties when they had the opportunity, now they must face judgment. But even if Noah had wanted to, he couldn’t help them, because God is the one that shuts the door and no man can open (Rev.3:7)

As you receive this message and warning today, the Holy Spirit is saying to you:

“Today if you will hear his voice, harden not your hearts” (Hebrews 2:7;4:2). Come to Jesus Christ and be saved. He is the ark of safety; the door, and only those who have accepted him as their Lord and Saviour will enter through him. (John 10:9). The bible reminds us there will be a repeat of Noah’s days, hence 2 Pet. 1: 16 says “for we have not followed after cunningly devised fables, when  we made known unto you the power and coming of our Lord Jesus Christ, but were eye witnesses of his majesty ”  Jesus is coming back again. Are you ready? Are you going to hearken and have a change of mind, or are you going to see the gospel as a cunningly devised fable? Or, do you want to remain in the company of mockers, who make mockery of the gospel? The clock is ticking!

Now is the time to heed the call, and enter the Ark of safety, who is Jesus Christ. There is no repentance in the grave, and after death comes judgment, and then it will be too late to change your mind. 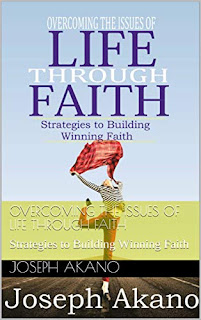