Manchester United  made it two wins from as many   Champions League   matches this season, obliterating RB Leipzig at Old Trafford on Wednes... 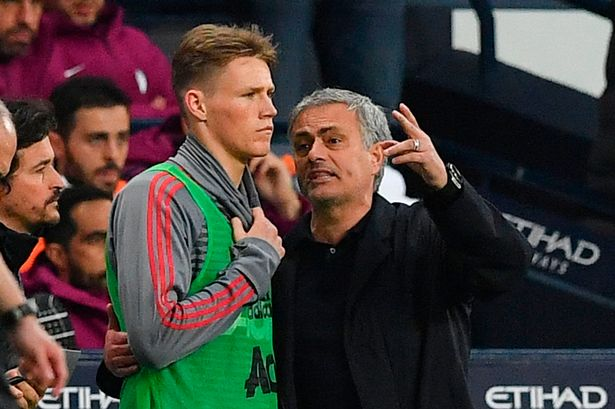 Manchester United made it two wins from as many Champions League matches this season, obliterating RB Leipzig at Old Trafford on Wednesday.

Ole Gunnar Solskjaer was bold with his team selection, finally giving in to fan pressure as Paul Pogba and Donny van de Beek started alongside each other in midfield.

Mason Greenwood found the net early on, calmly slotting the ball home following a Pogba through ball, before Marcus Rashford came off the bench to score a hat-trick in the second-half.

Anthony Martial also scored a penalty in the closing stages.

But even though the game was wrapped early in the second-half, United midfielder Scott McTominay wasn't prepared to take his foot off the gas or his eye off the prize.

Footage found by United fans shows the Scot telling his team-mates to be 'aggressive' - despite the Red Devils being 3-0 up with 12 minutes remaining.

McTominay can be heard shouting: "We got to be aggressive, 12 minutes left, let's go."

And United fans have came to the conclusion that former Old Trafford boss Jose Mourinho was clearly right about McTominay.

The Special One gave the midfielder his debut in the first-team. 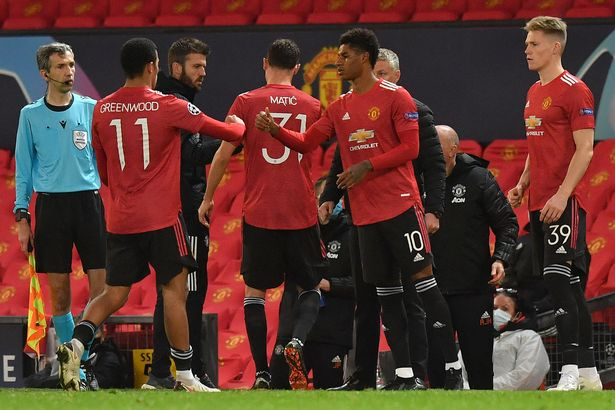 And Mourinho awarded McTominay 'Manager's Player of the Year' in 2017.

One supporter commented on Reddit: "No wonder Mourinho loved him. He's the perfect Mourinho player."

"There's a reason why McTominaytor holds a club record of the only winner of the Jose Mourinho Manager's Player of the Year Award of 2017. The one and only. Respect," joked another.

McTominay will be hoping he can hold down a starting role at United going forward.

But the academy graduate faces a tough task as he battles the likes of Paul Pogba, Donny van de Beek, Bruno Fernandes, Fred and Nemanja Matic in the middle of the park.

United take on Arsenal at Old Trafford this weekend.