OLE GUNNAR SOLSKJAER has been told to leave red-hot Marcus Rashford on the bench against Arsenal - by Gunners favourite Paul Merson. Rashf...

OLE GUNNAR SOLSKJAER has been told to leave red-hot Marcus Rashford on the bench against Arsenal - by Gunners favourite Paul Merson. 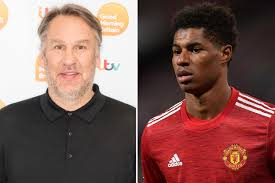 Rashford hit a stunning hat-trick against RB Leipzig in the Champions League in midweek but Merse reckons the Manchester United chief needs to wrap his star man in cotton wool.

The United striker was on the bench against the Germans but his 18-minute cameo saw him blitz three goals to turn a 1-0 lead into a 5-0 rout.

Merson reckons the England striker does more damage when he comes off the bench - and urged Solskjaer to start him as sub against Arsenal tomorrow.

He told the Daily Star: "When he starts, he doesn’t really score bundles of goals and often finds it difficult.

"But he came on this week against Leipzig and scored a hat-trick in 16 minutes!

"If you look at when he scores his goals this season, they tell you a story.

"He scored as a sub against Luton in the 88th minute in the EFL Cup. He scored in the second half against Brighton."

It will be United's third home meeting with London opposition at Old Trafford in the last few weeks.

They were destroyed 6-1 by Tottenham but held Chelsea to a goalless draw last time out, when 23-year-old Rashford started.

Merson said: "He scored in the last minute against Newcastle. He scored with three minutes to go against Paris St-Germain and all his goals against Leipzig were at the end of the game.

"His goals are coming against tired defenders. Maybe United should experiment with that.

"Arsenal is going to be a tight game. If it’s 0-0 after 60 minutes and Rashford comes on just when defenders are getting tired, he could have a field day.

"Don’t get me wrong. Marcus Rashford is too good to spend his whole career as a super sub. He’s an England international.

"But I think he needs a rest and playing a few games off the bench might actually do him some good in the long run."

Arsenal are looking to bounce back from their home defeat to Leicester in their last Premier League match. 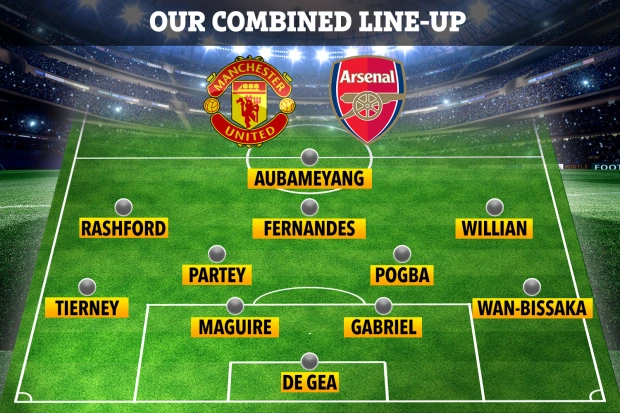