Sam Hewson went from  Manchester United’s  bench to working in a factory, but now he’s a multiple title winner in Iceland with no plans to... 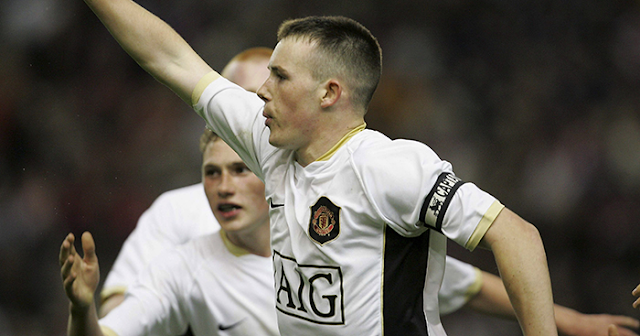 Sam Hewson went from Manchester United’s bench to working in a factory, but now he’s a multiple title winner in Iceland with no plans to return to England any time soon.

Hewson joined the United Academy as a nine-year-old and worked his way through the ranks to eventually captain the Under-18s to the FA Youth Cup final in 2007.

He was handed his first taste of first-team action in December that year when he was called up by Sir Alex Ferguson for a Champions League dead-rubber against Roma in Italy, but the midfielder never actually got on to the pitch for the first team before being released as a 21-year-old in June 2010.

He signed for non-league Altrincham in September of the same year, but Hewson’s initial step after leaving Old Trafford should serve as a warning to any young player yet to establish themselves as a first-team player.

“It’s always a big shock to leave United as I had been there for over 10 years so it’s basically all I had known,” Hewson says. “But I also knew one day this could happen if I didn’t manage to break into the first team.

“I had a lot of niggling injuries when I left United so that didn’t help with trying to get a club. My friend had some factory work and asked me to help so I said I would, just to try and see if it was for me.

“I didn’t mind the work, but it did give me a kick up the bum to get my football back on track. I signed for Altrincham because I needed game time and to get myself in shape after the injuries. I enjoyed my time there, it is a really nice club.” 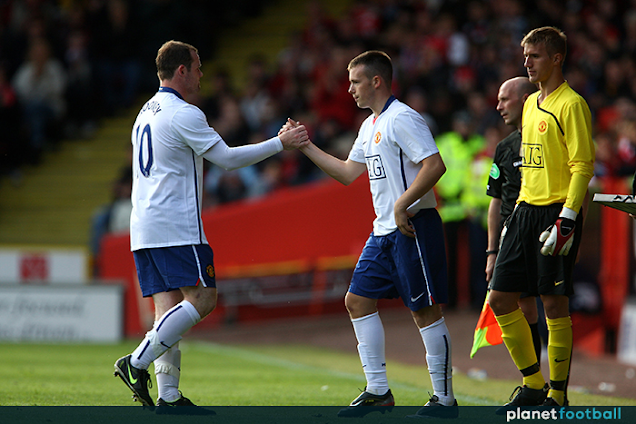 Despite failing to make it at United, Hewson is still able to reflect on the good times as he progressed through the ranks with the likes of Tom Cleverley, Danny Welbeck and Craig Cathcart.

“It’s every kid’s dream to be a footballer, especially at a big club like Man United – and mine was the same,” he says.

“It was a great privilege to lead the team out in the FA Youth Cup final because it’s such a prestigious competition at our age group – and United have typically done well in it.

“And when I found out I had been picked in the squad for the Roma game it was obviously a great feeling as that’s what I’d been working towards and I knew to travel with the first team would be a good experience.

“The first-team squad was very welcoming and helped young lads into the group easily.”

Back then, it seemed like it would only be a matter of time before Hewson was involved with the first team on a more regular basis. He had signed his first professional contract at the start of the 2007-08 season and also made his debut for England Under-19s earlier that year.

“That was my proudest moment, representing my country, not only for me but my family, too,” he says. “I’ve always wanted to do that since I was a young boy.”

Hewson remained a regular for United’s reserve side until January 2009, but another first-team call never arrived. Instead, he headed out on loan to Hereford United and then Bury a year later, providing him with a taste of men’s football.

“Going out on loan was really good,” he says. “It helps you develop more as a player because you’re playing against seasoned pros week in week out. It’s not always like this in reserve football.

“It helped me to toughen up and learn more about the game and what it means to need to win games and, more importantly, three points.

“The football was very different, it was a lot more physical and fast paced. You don’t have time to adapt, you just have to get going straight away, but I enjoyed that even though a lot of my game is based on the ball being on the floor.”

After finishing his loan spell with Bury at the end of the 2010-11 season, Hewson returned to United but was released at the end of his contract that summer.

After a six-month spell in the Conference with Altrincham, he made the bold decision to head to Iceland, where he joined Reykjavik-based Fram.

Seven years later he is onto his third club in the country, Grindavik, and is set to become a father with his Icelandic girlfriend. The boy from Bolton has never looked back.

“An agent at the time give me a call and asked me would I like to go to Iceland and play,” Hewson says, recalling how the move came about.

“I needed something fresh and exciting so I never really gave it a second thought. I’d just use it as an experience if it doesn’t work out.

“My biggest achievements here have been winning the equivalent of the FA Cup with Fram and also winning the league back to back with FH, narrowly missing out on three in a row.

“I see myself coming back to England, but for the foreseeable future I’ll be in Iceland, I think.”