ONE step forward and two steps back as toothless Arsenal continue to flatter to deceive. Mikel Arteta thought that his team had finally turn... 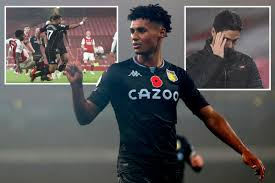 ONE step forward and two steps back as toothless Arsenal continue to flatter to deceive.

Mikel Arteta thought that his team had finally turned a massive corner with last week’s impressive victory at Old Trafford.

But it turned out to be just another dead end and now the Gunners find themselves back in the bottom half of the table after a fourth defeat in six League games.

For while they might have boasted the meanest defence in the top flight before Villa put them to the sword, they have also have one of the most goal-shy attacks.

To add insult to injury, it was an own-goal from Bukayo Saka which helped Villa on their way to the win which takes them up to sixth place.

And the visitors were in no way flattered by two further goals from Ollie Watkins which will leave Arteta pondering his striking problem for the duration of the forthcoming international break.

It is hard to believe that a forward line comprising £60million Pierre-Emerick Aubameyang and £56million Alex Lacazeete and with £72million Nicolas Pepe on the bench could have managed just nine League goals all season.

But Arteta has put so much effort into shoring things up at the back that his team has lost all semblance of creative spark.

How they could have done with a player with the vision and control of Villa skipper Jack Grealish, who drove Hector Bellerin and Rob Holding to absolute distraction.

No matter how hard Arsenal tried to close him down, the wily Grealish always seemed to have an answer.

On-loan Ross Barkley was equally effective drifting into the spaces and Arsenal’s cause was hardly helped when they were forced to withdraw the influential Thomas Partey with a thigh injury at half-time.

We knew it was going to be one of those nights right from the kick-off when John McGinn leathered one into the top corner with just 46 seconds on the clock.

The Villa midfielder had been teed up by Grealish and allowed to run free by Lacazette before belting his shot past Bernd Leno.

It looked for all the world like a perfectly good goal but just as the teams were lining up to kick-off referee Martin Atkinson got a whisper in his ear from VAR David Coote that he might want to have another look at it.

And after a full four minutes of studying the pitchside monitor Atkinson finally ruled that Barkley was in an offside position and obstructing Leno’s view when the ball left McGinn’s left boot.

It was a massive left-off for Arsenal and one which they almost took immediate advantage of once play eventually resumed.

Once again it was McGinn at the centre of the action with a carelessly underhit back pass which was seized on by Lacazette before Emiliano Martinez raced out to bravely block from his former team-mate.

Another decent chance came and went when Aubameyang teed up Willian for a first-time shot which nearly ended up in the middle row of the Clock End.

But Villa continued to threaten on the counter and gained their  well-deserved reward in the 25th minute.

And though Saka was just able to get a foot in ahead of the lurking Trezeguet at the back post, he was only able to turn the ball into his own net.

It was a real kick in the teeth for Arteta just when it looked as though his team were getting on top.

They should have been level in the 41st minute when Kieran Tierney’s inch-perfect cross picked out Lacazette steaming in unmarked at the back post.

But the wayward Frenchman headed wastefully over as Arsenal once again failed to discover the finishing touch which has been missing from so much of their play this season.

They continued to huff and puff after the break, with Willian again missing the target by yards before being hauled off midway through the second-half.

Yet Pepe’s introduction did not have the desired effect and instead it was Villa who cut loose with a devastating two-goal burst to put the result beyond doubt.

First Douglas Luiz’s cross was met by a devastating Barkley volley for Watkins to throw himself in front of Tierney to head in from close range.

And Villa’s £28million club record summer signing from Brentford delivered another painful finishing lesson to Arsenal in the 76th minute to finish off another lightning counter attack.

Martinez’s quick throw set Grealish loose deep in his own half and the Villa thriller carried the ball all the way to the edge of the Arsenal area before releasing Watkins for an emphatic finish.

There was even time for Grealish to force a goal-line clearance from Dani Ceballos as the visitors ran absolute riot.

But he won’t be losing sleep over that one. He had already done more than enough damage for one night. 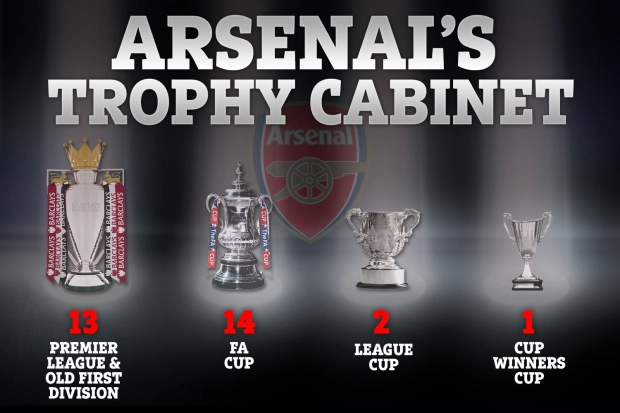