Arteta has worse record than Emery at this stage, losing more games and lower win percentage after Aston Villa loss

MIKEL ARTETA continues to fare badly when compared to Unai Emery's start to life at Arsenal. The Premier League club are expected to be ... 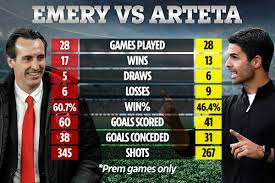 MIKEL ARTETA continues to fare badly when compared to Unai Emery's start to life at Arsenal.

The Premier League club are expected to be incredibly patient with their former midfielder as he sets about reviving their Champions League dream. 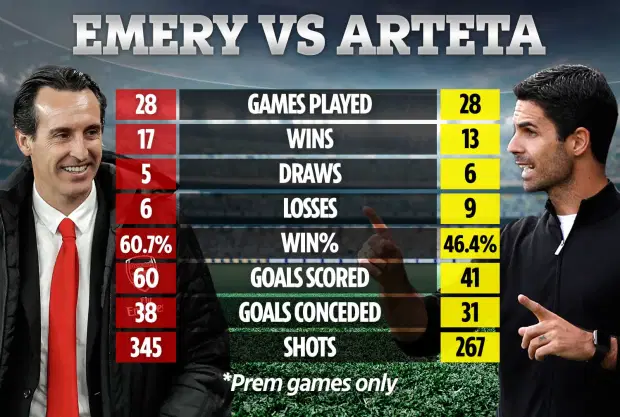 But Sunday's 3-0 loss to Aston Villa was another stumble amid the team's remarkably inconsistent form.

Only a week beforehand, the Gunners had claimed a seemingly vital 1-0 win at Manchester United.

And yet that hard work was thrown out the window with the startling defeat at Emirates Stadium, which saw Arsenal lose their status as the league's best defence.

When comparing Emery and Arteta's record after 28 league games in charge, the current boss had been comfortably ahead in terms of goals conceded.

The Gunners have still only let in 31 goals under Arteta, compared to the 38 of his predecessor at this point.

Ultimately, points on the board are the most important stat and the current Villarreal coach won 17 and drew five of his first 28 league games in the dugout.

That compares to 13 wins and six draws for Arteta, who has lost three more games than Emery to stand 11 points worse off.

One other vital factor to consider is trophies, where the younger of the Spaniards is clearly ahead with an FA Cup and Community Shield in the bag.

And Emery's only full season in charge dramatically descended in its final weeks as three straight defeats saw Arsenal miss out on fourth place.

But Arteta has a big job on to turn things around.

With three defeats in his last four, he takes his Gunners to Leeds next before tricky clashes with Wolves and bitter rivals Tottenham.

Integral to his hopes could be the fitness of Thomas Partey, injured in the defeat to Villa, and Pierre-Emerick Aubameyang, who failed to even have a shot on Sunday. 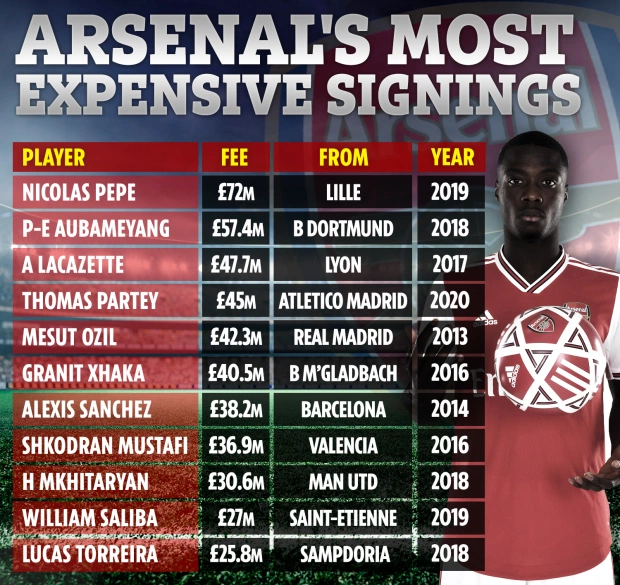