Greg Clarke resigns as FA chairman after apologising for saying 'coloured footballers' Greg Clarke was speaking to MPs remotely and ... 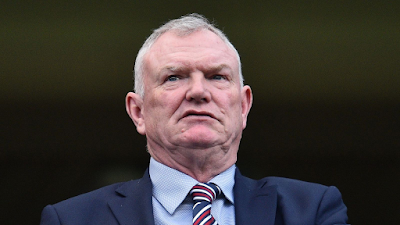 Greg Clarke was speaking to MPs remotely and used the term "high-profile coloured footballers"; Clarke said of the comment: "If I said it, I deeply apologise... Sometimes I trip over my words"; chairs of DCMS select committee and Kick It Out critical of FA chairman.

The FA confirmed Clarke's departure on Tuesday and said Peter McCormick would be stepping in as interim FA chairman with immediate effect as they "begin the process of identifying and appointing a new chair in due course".

Clarke said he "put the interests of football first" when making the decision to step down - something he had been "actively considering for some time" - and apologised again for his comments.

His resignation statement read: "My unacceptable words in front of Parliament were a disservice to our game and to those who watch, play, referee and administer it. This has crystallised my resolve to move on.

"I am deeply saddened that I have offended those diverse communities in football that I and others worked so hard to include.

"I would like to thank my friends and colleagues in the game for the wisdom and counsel they have shared over the years and resign from the FA with immediate effect."

Clarke, speaking at Digital, Culture, Media and Sport (DCMS) Committee meeting on Tuesday, was answering a question around the difficulty of gay players in the men's game coming out because of social media backlash. 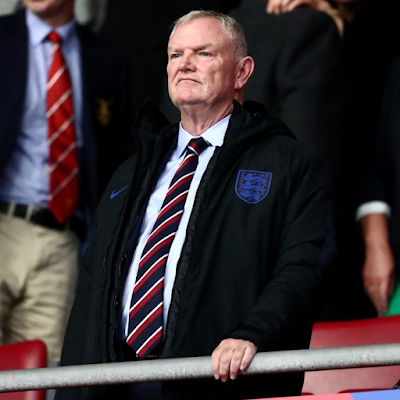 A few minutes later, DCMS committee member Kevin Brennan MP asked Clarke if he wished to withdraw the use of the word "coloured".

"If I said it, I deeply apologise for it," Clarke replied.

"Secondly, I am a product of having worked overseas, I worked in the USA for many years, where I was required to use the term 'people of colour' sometimes because that was the product of their diversity legislation and positive discrimination format. Sometimes I trip over my words."

A statement released on Twitter by The FA shortly after the hearing read: "Greg Clarke is deeply apologetic for the language he used to reference members of the ethnic minority community during the select committee hearing today.

"He acknowledged that using the term 'coloured' is not appropriate and wholeheartedly apologised during the hearing."

Clarke was also criticised for referencing 'differing career interests' between people from south Asian and African-Caribbean backgrounds when he was asked what the FA was doing to improve diversity within the governing body.

"I was talking to the chair of a county FA from the west country. He has tried to now make sure he has representation within diverse communities," Clarke said.

"(He told me) 'I'm over-committed with South Asians, I'm not getting enough people from Afro-Caribbean backgrounds'.

"The BAME communities aren't an amorphous mass. If you look at top-level football, the Afro-Caribbean community is over-represented versus the South Asian community.

"If you go to the IT department at the FA, there's a lot more South Asians than there are Afro-Caribbeans. They have different career interests."

Later, Clarke discussed the environment in football that would await a male professional player who came out publicly as gay. In doing so, he used the phrase "life choice", although it was unclear whether he was referring to sexuality itself or the decision such a player would make to come out.

"The real issue is once you run out in front of 60,000 people and you decided on Monday that you wanted to disclose your sexuality - and I would never pressure anybody to disclose their sexuality - what I would want to do is to know that anybody who runs out onto the pitch and says, 'I'm gay. I'm proud of it and I'm happy. It's a life choice, and I've made it because my life is a better place', I'd like to believe and I do believe they would have the support of their mates in the changing room," Clarke said.

"I believe we have things in place so that anybody who misbehaves in terms of homophobic or misogynistic or racist abuse, we will find them and we will ban them from football, we have the power."