According to the Athletic, Southampton could renew their interest in Manchester United’s Brandon Williams in January. If he leaves, the yo... 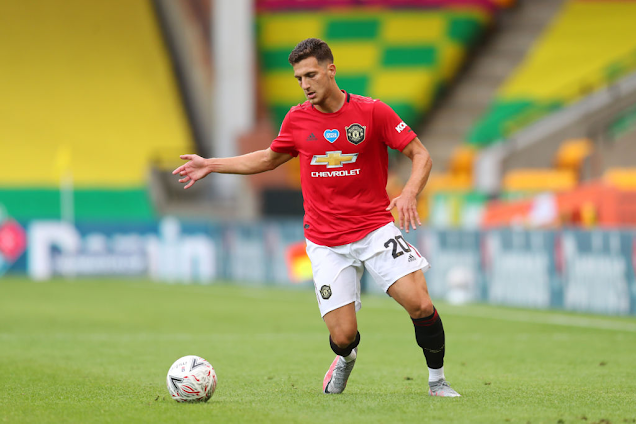 According to the Athletic, Southampton could renew their interest in Manchester United’s Brandon Williams in January.

If he leaves, the youngster will be the second exciting full-back to move on loan in a few months; following in the footsteps of Diogo Dalot.

It shows how far United have come, strengthening a position that was once filled with stopgaps.

United fans will remember when Antonio Valencia and Ashley Young were thrust into full-back roles with varying levels of success.

Now, the Red Devils can afford to temporarily wave goodbye to Dalot and potentially do the same with Williams. And that speaks volumes.

Dalot signed for United for £19million (BBC) but has failed to fulfil his potential thus far.

On the opposite flank, Williams shone in his breakthrough campaign but now has Luke Shaw and Alex Telles ahead of him in the pecking order.

Gone are the days when one of United’s key positions was occupied by ageing wingers. Now Solskjaer has some of the Premier League’s best in that position.

Aaron Wan-Bissaka is outstanding in defence while Shaw is improving every year and Telles’s attacking ability is truly exciting.

At many other clubs, Dalot and Williams would be the first-choice options. Both are flexible enough to play on either flank and both are modern-day attacking players.

Dalot has shown glimpses of his talent further forward and will hope to develop while in Italy. Despite Wan-Bissaka’s presence at Old Trafford, it would be a huge shame if the Portuguese moved on for good.

He is still only 21 and could be one of Europe’s top full-backs in time.

Williams is another top talent and it will be interesting to see which side he ultimately makes his own. This season he was tipped to cover for Wan-Bissaka but he is yet to feature in the league and has racked up just 31 minutes in Europe.

United’s problem used to be a lack of quality full-backs. Now they have too many of them.

That is no bad thing and shows that key areas have been targeted despite previous questions over United’s recruitment.