Man Utd left-back Alex Telles is away on international duty with Brazil this week, but he has been out of action recently having tested po... 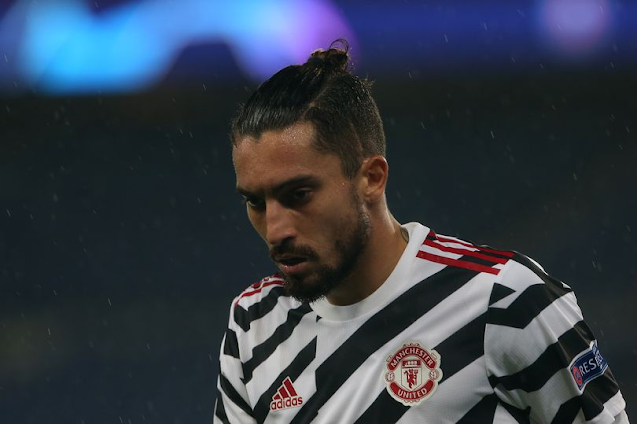 Man Utd left-back Alex Telles is away on international duty with Brazil this week, but he has been out of action recently having tested positive for COVID-19.

Alex Telles will undergo another COVID-19 test on Sunday before a decision is made on whether he can travel to Uruguay with the Brazil national team.

The Manchester United left-back came off the bench to feature for the Selecao in their 1-0 win over Venezuela in World Cup qualifying on Friday.

But his participation in the second game of the international break, in Uruguay on Tuesday, is now in doubt, with Brazil calling up Guilherme Arana as cover.

Telles tested positive for COVID-19 in October while at United and missed two weeks of training, but he tested negative before linking up with the Brazil squad.

However, the Brazilian Football Federation (CBF) have released a statement on their website saying Telles "tested positive", although it's not clear if it's a new test or that he has to test negative again to satisfy strict entry criteria into Uruguay.

A CBF statement said: "Arana was called on to form the Brazilian squad after left-back Alex Telles tested positive for Covid-19. The player had contracted the virus while still in his club, Manchester United, and is no longer in a transmissive stage.

"A new examination will be carried out with the entire delegation on Sunday (November 15). If the test result is again positive, Alex Telles will be recalled [to Manchester United]."

If Telles has again tested positive for the virus it would be a blow to Ole Gunnar Solskjaer, who is going to be without Luke Shaw for at least a month after he injured his hamstring in the 3-1 win at Everton.

Should Telles be forced to isolate once again it would leave Brandon Williams as United's only available left-back.