Bruno Fernandes knows Manchester United need to up their game at Old Trafford after Ole Gunnar Solskjaer’s men made club history on the ro... 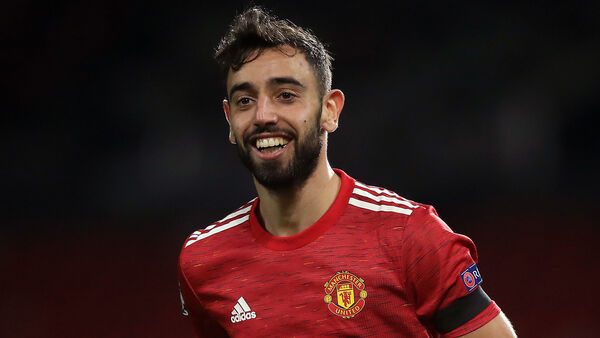 Bruno Fernandes knows Manchester United need to up their game at Old Trafford after Ole Gunnar Solskjaer’s men made club history on the road.

The Red Devils were staring down the barrel of defeat at Southampton on Sunday after Jan Bednarek and James Ward-Prowse put the hosts in the hotseat.

Solskjaer turned to Edinson Cavani at half-time and the veteran made a superb impact, setting up Fernandes before netting a brace as United snatched a 3-2 victory at the death at St Mary’s.

It was a record-breaking result as United won an eighth successive top-flight away match for the first time in their history – a far cry from winning just one of their five home Premier League games. 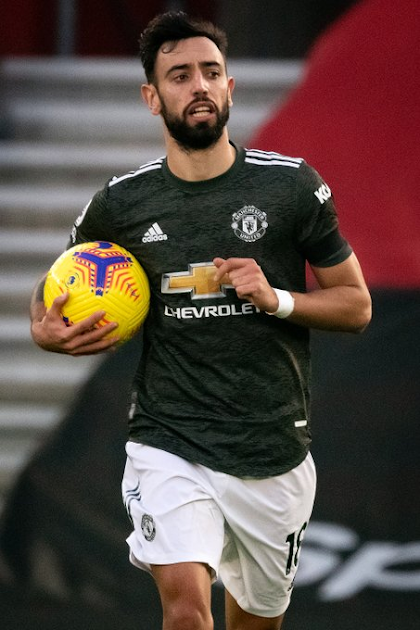 “We are happy,” midfielder Fernandes said of the away run.

“Records are there to be broken and we are happy to have broken this record.

“But now we need to look forward and win all the games we have at home also.

“I think away too because we are a big team and we have the qualities to do.

“Today was against a tough opponent. I think if you take out the big teams, or big clubs as you say in England, for me Southampton who is the team that can play much quality football in the Premier League.

“They have quality, they have runners, they fight. They’re such a good quality and it’s difficult to beat them.

“I think today the sacrifice we made in the second half, the way we run, the way we helped the mate on our side was fantastic.

“I think we played well in the first half. We concede goals from set-plays and I think for that we will work on. We cannot be happy with that but they have qualities too.”

Fernandes gave United hope of taking something away from Southampton, having scored in five consecutive away matches.

For me, he's one of those strikers that can smell the goal as you saw twice. He smelt the goal, you need to have this feeling to score these two goals

Cavani’s ball found the Portuguese as the visitors reduced the deficit before the super sub netted a pair of headers to seal a memorable win.

“When you have strikers who move a lot, and they give you the chance to play balls for them, it is really good,” Fernandes told club media.

“I think every striker we have gives us options. I don’t want to go on personally about Edi or another player because it’s not fair, but of course Edi has qualities, everyone knows that.

“For me, he’s one of those strikers that can smell the goal as you saw twice. He smelt the goal, you need to have this feeling to score these two goals.

“As I said some weeks and some months ago, Edi will help us and he is helping already.

“For me, one of the best games he played was against (Istanbul) Basaksehir in the Champions League and nobody talks about that because he didn’t score but he did an amazing game.

“He helps a lot and he will help more and more in the future.”

Cavani’s introduction extinguished Southampton’s hopes of beating United at St Mary’s for the first time since 2003, much to the frustration of goalscorer Bednarek.

“First half, it started perfect for us,” the Saints defender said.

“We did what we wanted, we won so many balls, we scored goals, we created chances and I would say everything was perfect for us. 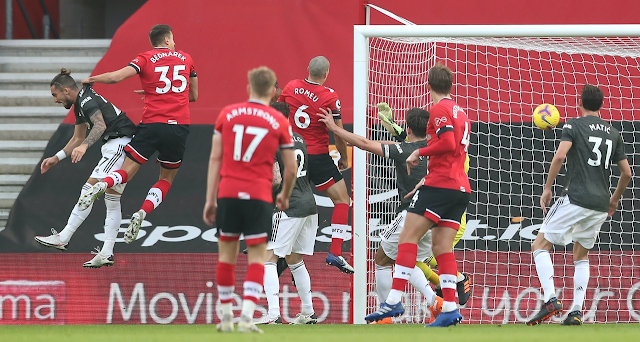 “But the second half I think we were a little bit too sloppy, we lost too many balls and then we let the opposition feel that they could get something and that’s what happened.

“They have so many qualities they don’t need many chances to score. I would say they were clinical and they got the win.

“We have a lot of positives from the game, but not the result, so we still need to work very hard to get points.”