A former Red Devils would like to see Ole Gunnar Solskjaer start including the experienced forward in his line up on a regular basis. Edin... 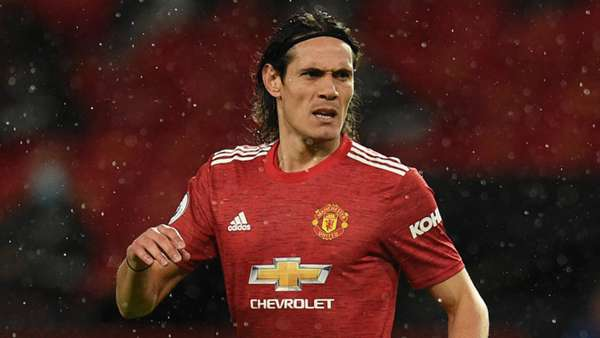 A former Red Devils would like to see Ole Gunnar Solskjaer start including the experienced forward in his line up on a regular basis.

Edinson Cavani could be lethal for Manchester United, according to Dimitar Berbatov, who says the ex-Paris Saint-Germain striker needs "more minutes" to make his mark at Old Trafford.

Cavani signed for United on a free transfer on October 5, having been without a club since leaving PSG in June.

The 33-year-old departed Parc des Princes as the club's all-time record goalscorer, and only Lionel Messi and Cristiano Ronaldo have more career goals to their name over the past decade than the Uruguayan frontman.

He has had very little opportunity to show off his predatory instincts in the final third since arriving at Old Trafford though, with Anthony Martial and Marcus Rashford currently serving as Ole Gunnar Solskjaer's first-choice strikers.

Cavani did, however, open his account for the Red Devils after coming on for his fifth substitute appearance against Everton just before the international break.

The Uruguay international produced a trademark finish after being played in by Bruno Fernandes to wrap up a 3-1 victory for Solskjaer's side at Goodison Park, and also found the net for his country during a 3-0 World Cup qualifying win over Colombia during the international break.

Berbatov thinks Cavani should be handed a starting berth when United play host to West Brom on Saturday, with it his belief that a man who has always delivered the goods in front of goal deserves the chance to build up some momentum in Manchester.

"Edinson Cavani was sent off for a rash challenge while playing for Uruguay against Brazil in midweek. I don't think this necessarily shows there's fire in the forward," the former Red Devils forward wrote in his latest column for Betfair.

"We already knew he had plenty of passion, otherwise he wouldn't have such a fantastic goal-scoring record.

"I want the big Uruguayan to score more for United, after getting his first against Everton a couple of weeks ago, but to do that he needs to play more minutes.

"I want to see Cavani play down the middle, with Anthony Martial on the left and Marcus Rashford to the right. When he has come on, Cavani has looked sharp so far for United and made some excellent runs.

"At 33, he's in great shape and, with young guys around him, he could be lethal for United.

"Saturday's home match against struggling West Brom would be a perfect opportunity for Solskjaer to play Cavani in the centre of the United attack."