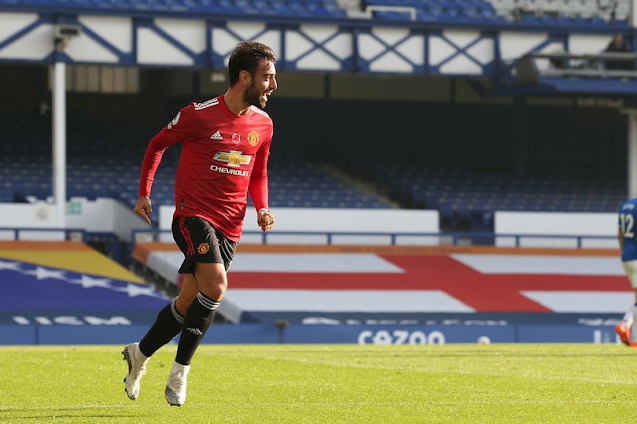 The coach who discovered Bruno Fernandes has revealed why the Portuguese star is so adept at hitting the ground running at new clubs.

Fernandes' sparkling form since his January arrival from Sporting CP has seen the 26-year-old become one of Manchester United's key players.

Yet the quick manner he has settled into life at United should not come as a surprise to Mauro Borghetti.

The Italian was responsible for scouting Fernandes as a 17-year-old at Boavista and bringing him to Italian minnows Novara in 2012, where Borghetti was the head of youth football.

Whilst some teenagers would have baulked at the idea of moving to a foreign country at such a young age, Borghetti says the midfielder threw himself into a new culture, which helped him succeed quickly.

Speaking to Football Italia, Borghetti says it is clear Fernandes has not changed due to how well he has settled in at Old Trafford.

"Above all, he had a great personality which is what distinguishes him now that he is playing football at top levels," Borghetti said. "As far as I know, we were the only club that wanted to sign him at that time and he immediately accepted our offer.

"He worked hard, trying to learn Italian right away, he joined the group and was immediately welcomed because he was able to establish good relationships with his team-mates.

"He had excellent relations with all the figures inside Novarello. Sometimes his mother or his girlfriend came to visit him. He was a person of some depth. Notoriety and celebrity haven’t changed him."

He added: "Today, I would tell him to always keep that humility that has always distinguished him.

"He hasn't changed and he shows it every time he makes himself available to me and to other people who knew him at the time of Novarello. That's what has made him a great champion."

Novara paid money to sign Fernandes from Boavista, which Borghetti admits was a gamble.

“We did a scouting job for Fernandes, we went to see the Boavista under-19 squad playing that Saturday and he was the name we were following,” he said.

“He had the right age-range and the right potential cost, even if the fee was slightly beyond our means, around €40,000.

“It’s nothing if you think about the player he is today but at that time he was an unknown player and signing him for that money was an important investment for a club like Novara. We took the responsibility.”

Watching Fernandes now, Borghetti believes the attacking midfielder has worked on the physical side of the game in order to succeed at the highest level.

Borghetti explained: "His skills are mainly technical and mental. He must have worked on his physical abilities, which were the only things below average.

"Not from an athletic point of view, he’s always had endurance and aerobic abilities. I speak of his structure. He turned 18 during the season he spent at Novara, he has now improved his physical structure.

"He has always raised the level in his career. Sincerely, what Bruno Fernandes has become today is a bit of a surprise to me.

"We understood that he was not a common footballer but here we are talking about one who plays in one of the most famous clubs in the world with results out of any kind of logic.

"He had the potential to do it, but to see what he’s become today is a bit of a surprise."