CRISTIANO RONALDO has been tipped to play until he's 41 and become the top goalscorer of all time by a former Manchester United coach....

CRISTIANO RONALDO has been tipped to play until he's 41 and become the top goalscorer of all time by a former Manchester United coach.

Fitness coach Mick Clegg worked with Ronaldo at Old Trafford under Sir Alex Ferguson and regards the 35-year-old as 'the best athlete around'.

The five-time Ballon d'Or winner has showed no signs of relenting with Juventus in Serie A after firing the Old Lady to back-to-back titles with 52 league goals in the last two campaigns.

Ronaldo is on 746 strikes after netting his 102nd goal for Portugal in the 7-0 thrashing of Andorra on Wednesday.

Clegg told Gazzetta dello Sport: "Before Ronaldo, the best athlete in terms of work on his body was Ryan Giggs.

"He was the strongest, the most attentive to details. If Giggs played at United until he was 40, Ronaldo can play till he is 41.

"Cristiano was the only one able to go beyond the high standards of Giggs.

"He will score more goals than Bican.

"Ronaldo will change his way of playing, maybe his role too, as it happened with Giggs. He's going to stay close to the top because he's obsessed with being the best ever.

"He trains a lot, he takes care of recovery and sleep, he has a cook, he knows how to avoid stress.

“He is attentive to details, this is the secret even if an injury can always arrive, it is not 100 per cent predictable.” 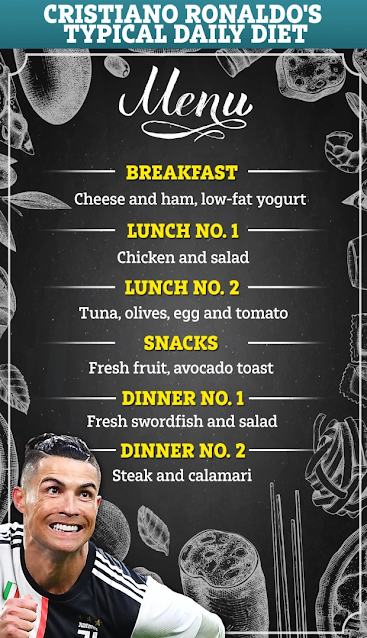 Reports suggest Ronaldo could join Manchester United on a free as he intends to run down his Juve contract which expires in 2022.

Ronaldo defies ageing with an incredible diet consisting of his favourite swordfish, 'magical' chicken and plenty of salad in SIX meals a day.

He pairs his clean eating regime with an amazing FIVE naps a day.

And in the gym, the physical specimen sticks to a Pilates-based routine that focuses on resistance work to strengthen his core and keep his abs rippling.

Recovery is a major part of life for sportspeople and Ronaldo doesn't cut any corners - he invested in a £50,000 Cryotherapy chamber.

When he isn't battling temperatures of up to -200 degrees Celsius in the name of performance, the family man enjoys swimming in his pool.

And of course - in a blow to all amateur players - Ronaldo has been teetotal since 2005 with not a drop of alcohol entering his system.