CRISTIANO RONALDO made it no secret of his desire to return to Manchester United in the future. The Juventus superstar is being linked wit... 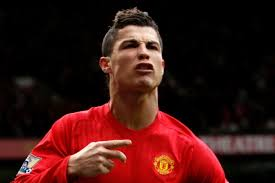 CRISTIANO RONALDO made it no secret of his desire to return to Manchester United in the future.

The Juventus superstar is being linked with a sensational return to Old Trafford in the summer with the Serie A champions open to letting him leave.

United are the front-runners to land his signature and it appears the 35-year-old would be open to making an emotional return.

In 2014, five years after leaving Manchester for Real Madrid, Ronaldo said: "I love Manchester. Everyone knows that. Manchester is in my heart.

"The supporters are amazing and I wish I can come back one day."

And it appears that day could be on the horizon, according to well-respected FOX America journalist Christian Martin.

Martin tweeted his 400,000 followers: "Our sources in Manchester and Porto confirm that Manchester United tempted Cristiano Ronaldo with a return to the club for next season.

"The Portuguese star is considering it.

"Juventus will negotiate a deal it if Ronaldo asks for it."

Juve are open to letting their highest earner leave with a view of tightening the purse-strings due to the pandemic.

Reports in Italy claim Juve believe an extension to his current deal would be unsustainable.