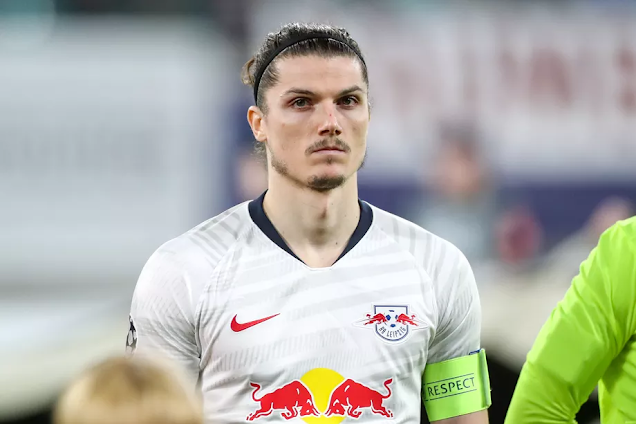 Bayern Munich is set to take on RB Salzburg in Champions League action.

Bayern Munich’s midfield seems pretty jam-packed, but that has not stopped at least one report from stating that the Bavarians are set to do battle with Manchester United for RB Leipzig star midfielder Marcel Sabitzer:

According to footballer turned reputed journalist Jan Aage Fjortoft, Manchester United are closely following Marcel Sabitzer over a possible move in the future. The 26-year-old RB Leipzig midfielder is also the subject of interest from Bayern Munich.

Sabitzer does appear to be a viable target for Manchester United and could be used by the Red Devils in one of two ways. Capable of playing through the middle or on the right-wing, Sabitzer could solve a couple of issues for the Premier League heavyweights.

In midfield, Sabitzer could be a long-term replacement for Paul Pogba, whose future at Manchester United is highly uncertain. With Nemanja Matic on the wrong side of 30, it looks like United might be forced to enter the transfer market sometime in the future, unless James Garner is inculcated within the first-team setup, considering they already have Donny van de Beek in the squad.

Sabitzer is great, but I can’t imagine Bayern Munich is ready to add another star-level player into an overcrowded position.

Former Bayern Munich left-back Juan Bernat has carved out a nice little career for himself with Paris Saint-Germain and is looking to extend his stay in France (despite rumors that he might leave):

“If I want to sign an extension? Yes, yes. We are talking about the contract, the negotiations are ongoing, but for the moment nothing is done,” Bernat said to AFP (as captured by Get French Football News). “I think that they will conclude positively. I have always said that I was very happy in Paris, I want to stay here for several years. But it is also true that I would like to play again, one day, I don’t know when, in La Liga. It is the league of my country and I have not been able to enjoy it that much.”