The Portuguese star netted his 20th and 21st goals for Manchester United during the Champions League win over Istanbul Basaksehir Bruno Fe... 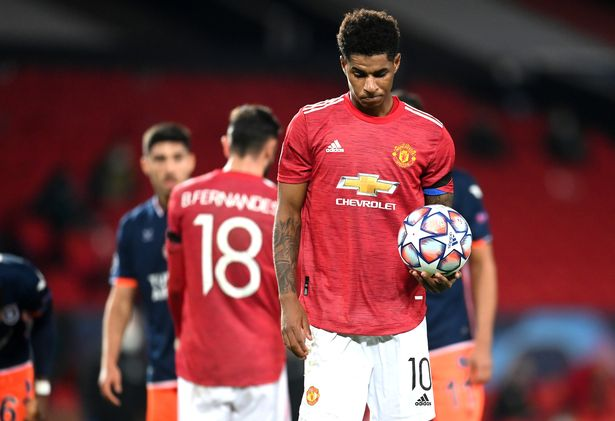 Bruno Fernandes giving his penalty to Marcus Rashford was a sign that he is a future Manchester United captain.

That's the view of Dimitar Berbatov, who believes Fernandes' decision will have seen his stock rise, within the Old Trafford dressing room.

The Portuguese star had already netted twice during the Champions League victory over Istanbul Basaksehir, but let Rashford take the spot-kick after he had won it.

And former United striker Berbatov believes it’s a gesture that will make his teammates think even more of him.

“Their motivation and concentration levels were high throughout the match and they deserved the win. They needed to perform like that after their previous match in the competition when they underestimated and lost against Basaksehir.

"It was a great gesture when Bruno Fernandes, who was on a hat-trick, gave Marcus Rashford the penalty.

"It was a captain's move, it shows leadership quality and that he's a guy who will always support his team-mates. In the dressing room after the game, I'm sure that his stock rose even more."

Rio Ferdinand questioned the characters in Ole Gunnar Solskjaer’s side before the win, but suggested that Fernandes was the closest to being a leader.

He said: "If we're being brutal, I don't think any of them have shown any signs. Maybe Bruno, a new player coming in and taking responsibility in interviews and stuff, on the pitch you can see he demands the ball, takes responsibility that way.”

But those thoughts were in contrast with another former Red Devil, with Paul Scholes baffled by the decision to give up the chance of scoring a hat-trick.

"I don't get it," said Scholes. "Fernandes has taken all the penalties when he's played. He's on the chance of a hat-trick on a European night, I don't understand it.

"But ultimately we get the same result so there's not too much damage done."