Manchester United are heavy favourites  going into the Saturday match against West Brom at Old Trafford , despite their woeful home form. ... 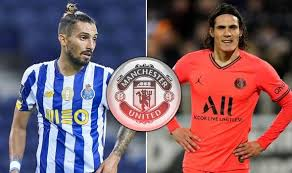 Manchester United are heavy favourites going into the Saturday match against West Brom at Old Trafford, despite their woeful home form. Ole Gunnar Solskjaer will have tough selection decisions to make before the match, though.

David de Gea is the staple choice in goal for Ole. But, the defence could see a revamp. Harry Maguire and Victor Lindelof both sustained knocks during the international break and while the former is expected to be fit in time to start, Lindelof could be handed a much-needed rest. Ole highlighted the same during his pre-match conference.

“We’ll have to check Victor tomorrow because his back is not great. He had it last season as well, and I think it’s more to do with when the games come thick and fast. I think when he gets a few days of extra recovery he should be alright.”

This could mean a start for the impressive Axel Tuanzebe. Aaron Wan-Bissaka is certain to start on the right and Alex Telles will receive his first Premier League start in Manchester United colours in the absence of Luke Shaw.

In midfield, Scott McTominay and Fred should start at the base of it, with Bruno Fernandes playing in the hole. In attack, Ole would be hoping for Marcus Rashford to be ready in time to start against West Brom.

Ole said,“ He’s worked in the gym and has got treatment. He joined in the session today and I hope he’ll hold his hand up and say he’s ready. That will be up to him. I think he feels okay.”

Rashford should start on the left flank and will have Telles flanking him to provide width and space to cut inside. Anthony Martial has a knock and that could see Edinson Cavani make his much-awaited start in the Premier League. The spot on the right will be a touch-and-go thing between Mason Greenwood and Juan Mata. The former, though, could be the one to start if he can prove his fitness.

“Mason is fitter. He had eight or nine days away from us which is long time. He’s been training hard this week in the gym and on the grass. He’ll be back soon.”

The likes of Paul Pogba, Donny van de Beek and Daniel James are quality options from the bench.