Edinson Cavani Instagram post: Why the FA must tread carefully when deciding if Man Utd star should be banned

The Football Association is deciding whether to charge or exonerate Cavani for using a term that is considered racially offensive in some co... 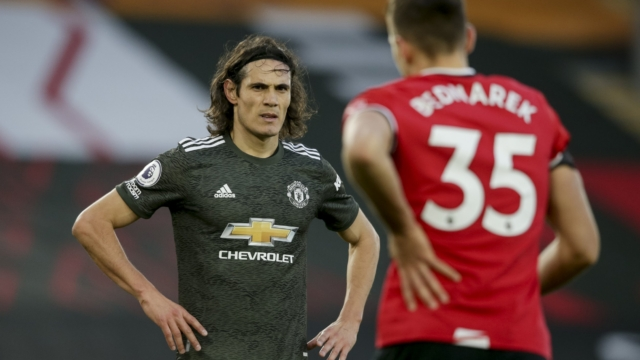 The Football Association is deciding whether to charge or exonerate Cavani for using a term that is considered racially offensive in some contexts.

Various departments of the Football Association would have whirred into life at around 8pm on Sunday evening.

As minds were turning to bed, Monday morning and the start of the working week, an Instagram post from Edinson Cavani’s account used the phrase “gracias n***ito!” to thank a follower who had praised the Uruguayan for his performance against Southampton, coming from the bench to score twice in Manchester United’s three-goal comeback.

Phones started buzzing, emails pinged, messages exchanged, conference calls hastily convened. What had been a thrilling day for Cavani – his best since moving to Manchester United in the summer – turned into a social media storm and an FA racism investigation.

The FA can often make the call whether to charge or exonerate somebody for an alleged offence that occurred during the weekend by Monday afternoon, but in Cavani’s case we are not expected to hear anything for several days, and possibly not until next week.

The governing body is in the processes of establishing facts and motives, calling and emailing Manchester United to seek an explanation from the club and player for the post. Cavani will be afforded a few days to respond to them, although he made a public statement on Monday afternoon. Even when it receives his explanation, the FA will take time and care before reaching a conclusion. Its staff have much to analyse and take into consideration.

In the 24 hours since the post went live some have suggested that it is directly comparable to when Luis Suarez was banned for eight matches and fined £40,000 for racially abusing Manchester United defender Patrice Evra, nine years ago.

It has been claimed that Cavani and Suarez – Uruguay team-mates and friends – used the same word when, in fact, Suarez, a Liverpool striker at the time, was alleged to have used the term “n***o” (he claimed it was used in a friendly way he would have used in Uruguay).

Context, here, is crucial. In the Suarez case, during its investigation, lasting more than two months, the FA’s independent panel consulted with anti-discrimination campaigners Football Against Racism in Europe (Fare) on the language used by Suarez and the context of similar words used in South America.

Following the verdict, Fare’s executive director Piara Powar said: “If it is used in a friendly fashion then it is acceptable, it turns immediately to a hostile meaning if it is used as an offensive word. Taking the context of that game, it is difficult to see how he would have used it in a friendly way.”

Cavani maintains that the term “n***ito” was used in an endearing manner in his Instagram post. “The message I posted after the game on Sunday was intended as an affectionate greeting to a friend, thanking him for his congratulations after the game,” he said on Monday. “The last thing I wanted to do was cause offence to anyone.

“I am completely opposed to racism and deleted the message as soon as it was explained that it can be interpreted differently. I would like to sincerely apologise for this.”

When it was pointed out to him by a Manchester United official on Sunday that it was offensive, he deleted the post, around three hours after it was put up. Instagram stories, the method Cavani used to publish his post, are automatically removed 24 hours after they are published anyway.

Moreover, context is far easier to analyse when it regards a written post online as opposed to heated words exchanged during a live match. Words that were not picked up by stadium microphones and that even players nearby to Suarez and Evra had not heard. Words that were hard, even, to discern via grainy footage from broadcasters’ television cameras in the stadium.

Some weight would also be placed on whether Cavani posted the response himself.

Many players these days have social media managers and do not use the platforms themselves (some have professional accounts run by employees while using their own private accounts with family and close friends).

While FA regulations make clear that a player is ultimately responsible for what their accounts post, it would be taken into consideration if Cavani did not physically post the reply in question, although the statement he released yesterday did not deny that it was him.

The FA published fresh guidance on racist language at the start of the season. Racist incidents on the pitch are punished with bans of between six and 12 matches, whereas off-field incidents carry a ban of at least three matches.

Whatever the governing body concludes will divide opinion. Some spoke out in Cavani’s defence on Monday, while others insisted it was racist regardless of how the player meant it.

Manchester United stood by their player, saying in a statement: “It is clear to us that there was absolutely no malicious intent behind Edinson’s message and he deleted it as soon as he was informed that it could be misconstrued.

“Edinson has issued an apology for any unintentional offence caused. Manchester United and all of our players are fully committed to the fight against racism.”

The FA must tread carefully: what it decides will set a precedent for similar cases in future.