Man Utd defender Eric Bailly has fallen out of favour after a strong start to the season for Ole Gunnar Solskjaer's side. Eric Bailly ... 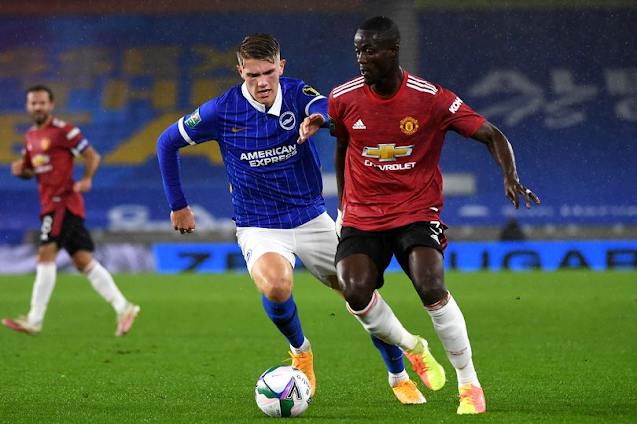 Man Utd defender Eric Bailly has fallen out of favour after a strong start to the season for Ole Gunnar Solskjaer's side.

Eric Bailly's representative admits his situation 'will need to be assessed' if things don't improve for him at Manchester United.

The Ivorian defender experienced a strong start to the new season under Ole Gunnar Solskjaer but has fallen out of favour after his horror show in the 6-1 defeat against Tottenham.

Bailly hasn't featured for United since the defeat on October 4 after suffering an injury which is expected to keep him sidelined until the end of the international break at the earliest.

Reports suggest Bailly, 26, had an offer to join AC Milan in the summer transfer window and representative Graziano Battistini admits any 'logical' approaches could be considered.

“The boy is in an important context such as that of United, before evaluating an exit there must be absolutely valid situations," he told Calciomercato.it.

“The Milan idea may have a logic, but we need to evaluate many implications, today we are talking about nothing.”

United are already overstocked at centre-back and Bailly could be one player to make way next year if they are to push on with their plans to sign a new central defender. However, Battistini insists he is fully focused at Old Trafford and insists he still has a role to play.

He added: “The experience with the Red Devils depends, as always, on luck, who you meet, on the opportunities.

“If he has the right chances, for me he can be an important player to solve some problems of the team. If all this does not happen, it is clear that the situation will need to be assessed, but now it is too early to say certain things.

“My Spanish partners who manage him are cautious in all respects, but the boy is very focused on Manchester United.”