EVERYTHING YOU NEED TO KNOW ABOUT EURO 2020- WHO OUR PLAYERS COULD COME UP AGAINST.

Scott McTominay crashed home his spot-kick on Thursday to help Scotland secure the 24th and final spot at next summer’s European Championshi... 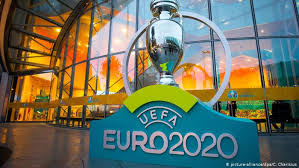 Scott McTominay crashed home his spot-kick on Thursday to help Scotland secure the 24th and final spot at next summer’s European Championship finals.

It’s five months since the pan-continental tournament was originally supposed to have started, only to be postponed due to the COVID-19 pandemic.

Finally, we have the confirmed line-up for the competition, which UEFA say will still be known as Euro 2020, despite being played in 2021.

With everything that’s happened this year, you could be forgiven for needing a reminder of which countries – and perhaps more importantly, which Reds – will be involved in the tournament next June and July.

Here’s a rundown of the six groups and who our players could come up against, if they make their sides' final selections…

Daniel James and Dylan Levitt will hope to feature at their first major championship, after helping Wales to automatic qualification in November 2019. The Dragons made it all the way to the semi-finals of the last Euros, in France, and despite the presence of Italy and two talented sides in Turkey and Switzerland, will hope to qualify for at least the round-of-16 this time around.

The only group without any current United presence, although expect former Red Romelu Lukaku to be among the goals for Roberto Martinez’s much-fancied Belgium.

Donny van de Beek and the Netherlands will end a seven-year major tournament drought when they walk out to face Ukraine at the Johan Cruyff Arena in Amsterdam on 13 June. Despite failing to qualify for Euro 2016 and the 2018 World Cup, the Oranje have a strong squad and should be among the favourites for the competition, especially as all three of their group games will take place in the Dutch capital.

McTominay’s Scotland confirmed qualification to their first major tournament since 1998 on Thursday night and, in doing so, set up a repeat of the famous Battle of Britain clash from Euro 96 at Wembley. With a tournament path that could mean they play every game at the national stadium, England – featuring Harry Maguire, Marcus Rashford, Dean Henderson and potentially a few more Reds such as Luke Shaw, Aaron Wan-Bissaka, Jesse Lingard and Mason Greenwood – may fancy ending their own long spell of hurt.

Spain and Sweden were matched up in their Euro 2020 qualifying group and David De Gea and Victor Lindelof will face off once again, in a pool where matches will be split between Bilbao and Dublin. La Roja, winners of this competition in 2008 and 2012, should be favorites to progress, although Lindelof and Sweden reached the quarter-finals of the last World Cup and are always tricky opponents. Poland, meanwhile, are spearheaded by one of Europe’s most fearsome strikers in Robert Lewandowski and Slovakia have never failed to reach the knockout stages at a major tournament.

Every tournament needs a Group of Death and this one, featuring the reigning world champions and the tournament holders, could be it (even if three teams can potentially progress). That’s before we even mention Germany, who have made at least the semi-finals in nine of their 12 appearances at the Euros. There’s plenty of Reds interest too, as Bruno Fernandes, Anthony Martial and Paul Pogba rekindle this year’s Nations League rivalry. Group matches are to be played in Munich and Budapest, potentially giving Joachim Low’s side and Hungary an advantage if stadiums are full by then.

WHICH REDS COULD GO HEAD-TO-HEAD?There will be a total of 36 group games played between 11 and 23 June, although three in particular will be of special interest to United supporters. Spain and Sweden get their Group E campaigns under way in Bilbao on 14 June, with the ‘home’ side and De Gea looking to extend a run of four games unbeaten against the Scandinavians, featuring Lindelof. Four days later, there could be a decent smattering of Reds involved as the old enemies of England and Scotland play out one of the most mouthwatering clashes of the group stages. Finally, pole position in Group F could be up for grabs when Portugal and France play at the Puskas Arena in Budapest.

Get these dates marked in your diaries...