Facebook is always innovating and updating its offerings to billions of users of its platforms. This means there is always something for you... 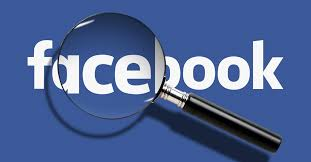 Facebook is always innovating and updating its offerings to billions of users of its platforms. This means there is always something for you and your brand to get ahead of your competitors.

“The only constant is change,” Greek philosopher Heraclitus has famously said. We can’t prove it, but we’re pretty sure he was talking about Facebook updates.

Sometimes its changes delight (see: the introduction of Messenger). Sometimes they cause mass outrage (see: literally any time the interface is redesigned). But one thing’s for sure: Facebook never rests on its laurels.

There’s always something new in the works, which is to say there are always new opportunities for your brand to get ahead of its competitors.

It’s why we’ll be keeping this page updated regularly, spotlighting the most important Facebook updates each month. Be sure to check back often (and maybe even bookmark this page?).

Some say the holidays are about family and togetherness. Others say it’s about shopping. We’re not here to pick sides, but we are here to reveal the juicy news that Facebook Shops have introduced a new discounting feature… so perhaps for us, the holidays are actually about gossip?

If you’re a Facebook Shops owner, you can now offer deals to buyers as they pursue your digital storefront.

Whatever sweet savings you’re offering, you can let your customers know by adding a banner to your shop.

For now, discount features are only available for shops in the U.S., but if they hit it off, expect the same functionality in Shops worldwide soon.

With this update to the Messenger API, businesses can now integrate Instagram messaging with a variety of apps to more efficiently connect with customers. Facebook Shops messaging features are available on this API update, too.

Messages sent by customers through Instagram profiles, Stories, or Shops can now all be accessed (and responded to) on a single platform. It’s another step Facebook is taking to pull its range of communication tools under one umbrella.

Heads up: This updated API is currently in beta (exclusive, oooh!), so only a limited number of businesses and developer partners currently have access. But early results are showing high response rates, quicker resolution of customer issues, and deeper audience insights.

New way to connect Groups and brands for collaboration

Facebook is trying to make this very thing happen by expanding its Brand Collabs Manager to include Public Groups. It’s like FB is playing matchmaker, connecting brands with communities that could be a good fit.

The Brand Collabs tool has been active since 2018, but has previously only been used to connect brands with creators and public figures for paid product placement.

This recent update expands the potential pool of collaborators now to Public Groups as well. Group admins will have the opportunity to earn money for creating branded content. (Note that any paid posts will be marked as such, in accordance with Facebook’s Branded Content Policies.)

In these uncertain times, it’s sort of soothing to hear that Facebook has announced that it can predict the future.

Well, at least that its users can predict the future, anyways.

Forecast, Facebook’s new crowd-sourced predictions platform, allows users to collect responses to questions relating to topics like business, sports, and (of course) politics, among others.

The platform is built around what Facebook calls “a prediction market”: people can use virtual points to trade on future outcomes. The hope is this will be a place for measured and respectful conversation, but this is the internet, so who knows.

Forecast launched in beta this spring, and now is available to anyone in Canada or the U.S. via the app or website. More information on Forecast can be found here.

Since Snapchat pioneered the now-you-see-it-now-you-don’t disappearing message back in 2012, Facebook has been dabbling with its own take on the technology.

Now, with Vanish Mode on Messenger, these automatically disappearing messages are easily accessible. Send a message in Vanish Mode and it will self-destruct (so to speak) after its view for maximum privacy.

Other additions to Facebook Messenger’s toolkit include new color gradients for your chat backdrop and custom emoji reactions.

To access these new features, just update your app, and then get sneaky. More information on what’s to come on Messenger here.

Its functionality is similar to that of Nextdoor, a social network designed specifically to connect local residents for community building and safety (with often interesting results).

The goal is to connect geographic communities in a dedicated space online. If you happen to live in Calgary, you’ll find access to your Neighborhood Group under “menu” on the Facebook app. (Although there, it’s of course called Neighbourhood.)

These groups are automatically generated, and do not have local admins. You’ll need to share your location data in order to find your Neighborhood. Facebook will then suggest the nearest Neighborhood to join, alongside a few other local options.

You can invite other neighbors to join as well. If you post in a Neighborhood group, other users will be able to see a specific, Neighborhood version of your profile, protecting your privacy a bit. (You can change visibility in your settings.)

Should your content be removed from Facebook for reasons you feel are unfair, you can now appeal to a board of real live humans.

Facebook’s new Oversight Board is a global body of independent experts (meet them here!), who will make binding decisions on select disputes. It’s like the Supreme Court, but for your social media.

As much as Facebook scrambles to keep clear, updated guidelines in an ever-changing world, not everything is black and white. The goal of this Board is to take decision-making about free speech and safety out of Facebook’s hands in extreme cases.

The Board will make binding, independent decisions on individual pieces of questionable content.

To have your case reviewed by the Board, you’ll first need to exhaust all the existing appeal options on Facebook.

At that point, you’ll be issued an Oversight Board Reference ID in your Support Inbox, which you can then enter on the Oversight Board website. Here, you can also share a statement about why you’re contesting Facebook’s decision.

More info on the process and how to submit your claim can be found on the Facebook site. Will justice be served? Who will prove to be the Ruth Bader Ginsberg of the Oversight Board? Only time will tell.