The former Red Devils defender considers an all-action midfielder to be a talismanic part of Ole Gunnar Solskjaer’s plans at Old Trafford ... 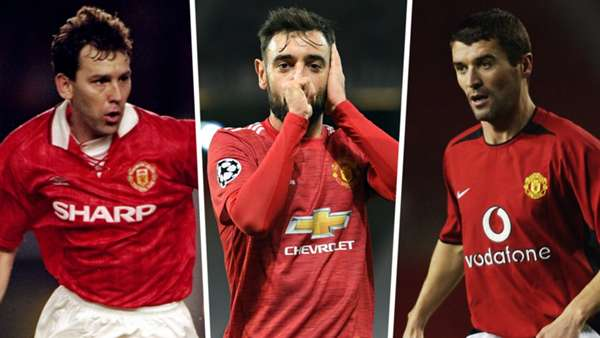 Bruno Fernandes has become a talismanic presence for Manchester United in the Bryan Robson and Roy Keane mould, says Paul Parker, with the Portuguese midfielder capable of lifting those around him.

The Red Devils knew that they were getting a potential match-winner when snapping up the 26-year-old from Sporting in the winter transfer window of 2020.

Those qualities have been put to good use, with Fernandes registering 21 goals and 13 assists through just 35 appearances.

He has, however, become much more than a creative influence, with a leadership role taken on by an ambitious and driven performer.

Parker says Fernandes boasts similar qualities to iconic captains from United’s past, such as Robson and Keane, with the Portugal international now the go-to man for a Premier League heavyweight.

“No matter what, they need Bruno Fernandes. Him being there lifts other players, they believe a little bit more when he's playing, he's becoming that kind of player, like Bryan Robson or Roy Keane.”

Fernandes is guaranteed to land a starting berth against the Saints, given his value to the cause, but Solskjaer faces a number of other selection decisions.

United need to determine how attack-minded they intend to be at St Mary’s, with four goals plundered in their midweek Champions League win over Istanbul Basaksehir.

“It depends how Solskjaer goes around the rest of it,” added Parker.

“I think he should start Edinson Cavani, give him 90 minutes in the Premier League.

“Will he go Mason Greenwood and Daniel James? If he does I think he'll be going too far against a Southampton side who virtually play the same team week in, week out, and rarely make mistakes.”

United have tended to favour a more cautious approach in Premier League action this season, with Solskjaer sticking with a system that sees him go with two holding midfielders and a solitary striker supported by a couple of wide attackers.