Five players who seem to have no future at Manchester United

Manchester United have struggled to sell on deadwood in recent years, leaving them with a bloated squad. Joel Pereira has spent the last s... 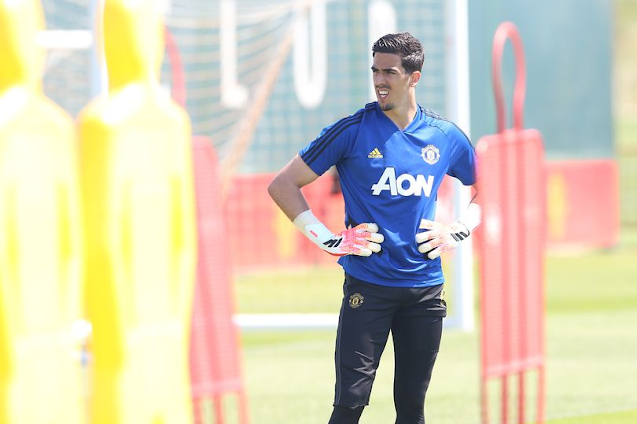 Manchester United have struggled to sell on deadwood in recent years, leaving them with a bloated squad.

Manchester United's squad has become bloated in recent seasons, not because the club have signed so many players, but rather because they have struggled to sell them.

With managerial changes in recent years and many players on generous wage packets, many have fallen out of favour and stagnated on the fringes of the first-team squad.

As youth team graduates have been promoted and the squad strengthened in the past year, many players have slipped onto the periphery and are no longer in contention for Ole Gunnar Solskjaer’s team.

Here are five players who don't appear to have much of a future at United.

The Argentina international looks unlikely to play for the club again after being excluded from the team’s Premier League and Champions League squads this season.

As per the MEN, the goalkeeper visited the club’s facilities recently to discuss his future and is desperate to leave United to get game time.

Romero has clocked up 61 first-team appearances at United but has played just one Premier League match across the past three seasons.

David De Gea and Dean Henderson are now the established goalkeepers at United, while Lee Grant is now also ahead in the pecking order, meaning Romero is highly unlikely to feature again.

Another long-serving first-team squad member to miss the cut for the Premier League and Champions League squads this season, Jones is now just months away from being at Old Trafford for a decade.

The central defender has not played for United since January’s 6-1 FA Cup win over Tranmere, in which he netted a rare goal, but signed a four-year contract in 2019, prior to the permanent appointment of Solskjaer.

Jones is another player who appears to have no future at the club but will prove difficult to sell due to his contractual situation.

Another Argentine international who has fallen out of favour at Old Trafford, Rojo has not made a first-team appearance for United for over a year. His last outing was in a 3-1 home win over Brighton in November 2019.

The 30-year-old completed a loan move to boyhood club Estudiantes in January, but the return home to Argentina was not successful and he is now back at Old Trafford.

United are keen to move on the defender on a permanent basis, but finding a buyer appears to be proving tricky.

Portuguese goalkeeper Pereira is on a season-long loan deal at Huddersfield, his sixth loan spell away from Old Trafford in the last six seasons.

The former Portugal Under-21 goalkeeper had long been tipped as a successor to De Gea at United but has struggled to kick on in recent seasons.

He spent last season on loan at Hearts in Scotland but was unable to help prevent their relegation to the second tier and is now back in English football.

Pereira has made just three senior appearances for United, with his one Premier League appearance coming on the final day of the 2016/17 campaign against Hearts.

The midfielder moved to Old Trafford as a 15-year-old in 2011 after impressing on a trial from PSV Eindhoven and made his first-team debut in the infamous 4-0 loss at MK Dons in August 2014.

His career took off in 2016 when he spent successive seasons in Spain with Granada and then Valencia, before making 62 first-team appearances for United across the last two seasons.

Pereira is now back out on loan in Italy with Lazio, where he scored on his only start for the club to date in a 4-3 win at Torino on 1 November.

He is another player who appears to have little long-term future at Old Trafford, with a permanent exit next year likely.