THE international break is behind us and Premier League football is back on our screens this weekend. There's a packed schedule over t... 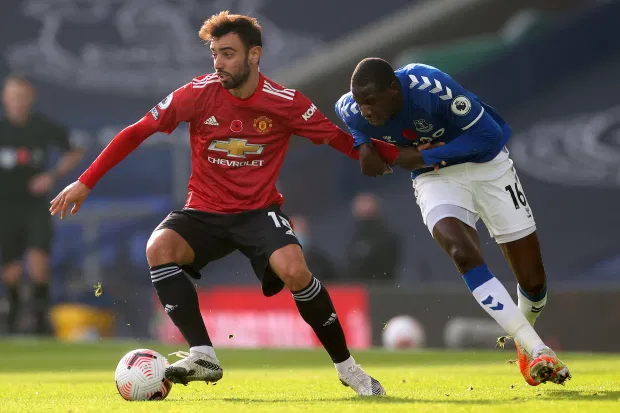 THE international break is behind us and Premier League football is back on our screens this weekend.

There's a packed schedule over the next few days with all 20 clubs in action - and we've betting tips for you from two of the biggest games, starting at Old Trafford.

Back to business and back to the rollercoaster that is the Ole reign at Old Trafford.

You never know where you stand with this Man Utd team and they're an absolute nightmare to back with your hard-earned.

One week they look disjointed, uninterested and insipid like in the tame loss against Arsenal.

Seven days later and they're toying with Everton on the road.

Is that win a turning point for the Red Devils? Who knows - but we still don't trust them to deliver on the results market.

West Brom are finding life tough back in the top flight and continue to search for that illusive first win of the season.

The Baggies have certainly had their moments - we're looking at you Chelsea - but struggle to put the ball in the net and keep it out at the other end.

Football is a simple game and that's a recipe for disaster.

Their record at Old Trafford is fairly good in recent years though, with a shock 1-0 win back in 2018 a fond memory for Baggies fans.

Could they do that again? Against this United side, absolutely.

Steer clear of the results market until the Red Devils start to show some sort of consistency, with 1/3 on a home win a tiny price.

After a goal-filled start to their campaign, the last five matches of West Brom's season have featured less than three goals.

They were unlucky against Spurs last time out and kept an attacking side filled with goalscoring talent down to just one.

We reckon that they can at least keep this United side at bay for 45 minutes - and the 27/20 you can get on one half finished 0-0 is a belting price.

Despite some high-scoring matches early on in the campaign on this ground, the last two in the league have featured just one goal.

Under 2.5 goals is a big 13/10 and under the lights we expect the Baggies to put up a decent rearguard action.

This might be decided by the odd goal and Bruno Fernandes continues to be United's trump card.

He was superb against Everton and is a mammoth 23/20 to score anytime - that's too big, so back to the Portuguese to continue his recent good form.