GET ready for another bumper weekend of Premier League action as the top-flight heads into a frantic December. We've  betting tips  fo... 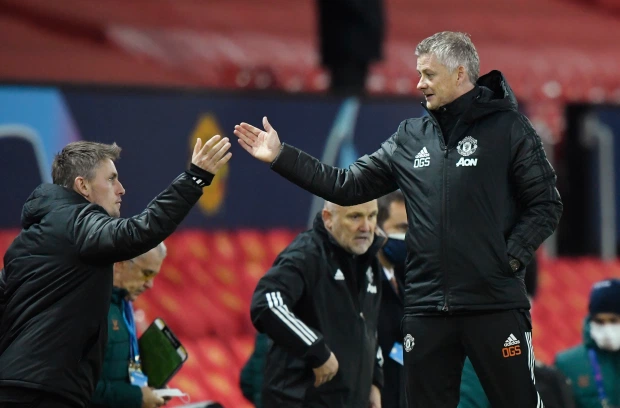 GET ready for another bumper weekend of Premier League action as the top-flight heads into a frantic December.

Southampton are a team reborn under Ralph Hassenhuttl, with the Saints seven games unbeaten and starting this game four points ahead of Manchester United.

No Ings, no problem for the South Coast outfit who saw off Newcastle here in their last home game before a solid point on the road at Wolves.

They welcome a Man Utd team who are back on the right track and searching for a fourth-straight win in all competitions.

Their 1-0 victory over West Brom last weekend was ugly - very ugly - but three points was all that Ole Gunnar Solskjaer needed.

Historically, this is a pretty wretched fixture for Southampton and they've not beaten Man Utd on home soil since 2003.

That's 12 home meetings without a win for the Saints, but they have picked up draws over the last two seasons.

Fans on the South Coast feared the worst when Danny Ings was ruled out for six weeks, but Che Adams has stepped up to the plate and there are plenty of goals in this talented young side.

They've scored two goals exactly in all four of their home matches this season, winning three without conceding.

As ever, we're warning all of you about betting on the win market when it comes to this Man Utd team.

Yes they've been excellent on the road this term, but an odds-on price of 19/20 is just too much of a risk - especially at a team unbeaten in seven and bursting with confidence.

nstead, we reckon you give Saints your full backing on Sunday - not with the win at 27/10, but with goals.

If they were to go down on home soil, it'll be with a bang and we reckon they can continue their run of scoring at least two goals at St Marys.

Saints to score over 1.5 goals is a mammoth 2/1, brilliant value when you consider they have pillaged 17 in just nine games.

Futher to that, United have conceded in each of their Prem away matches so far this season.

Goals are the order of the day and if you want to play it safer, over 2.5 at 5/6 is an excellent price.

For the visitors, Bruno Fernandes continues to steal the show.

He's gone to another level in the last three weeks, scoring five in his last three for the Red Devils.

The Portuguese now has 21 in 35 games since joining in January, as well as 15 assists. World class.

The bookies have taken notice and he's now shorter than every Man Utd striker to net at anytime - 6/4.

Even so, with the magician on penalty duty and looking in frightening form, you go with the hot hand.