The 36-year-old, now captain of Boca Juniors in his native Argentina, has seen his father admitted to intensive care because of coronaviru... 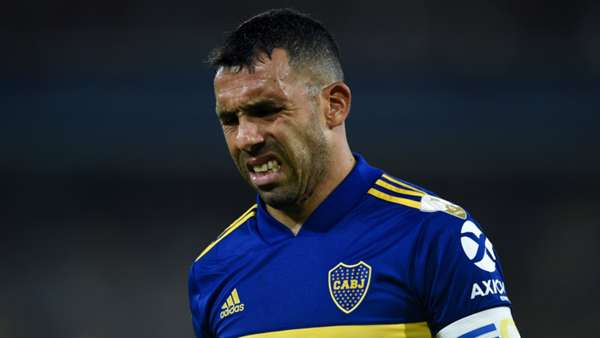 The 36-year-old, now captain of Boca Juniors in his native Argentina, has seen his father admitted to intensive care because of coronavirus

Carlos Tevez says he cries in the dressing room at half-time during games because of the deteriorating health of his father.

The former Manchester United, Manchester City and Juventus star, now 36, returned to his native Argentina in 2018 and captains his boyhood club, Boca Juniors.

He spent 45 days in intensive care after testing positive for coronavirus. He was discharged from hospital in Buenos Aires in early September but returned weeks later after his health worsened again.

Raimundo – the brother of Tevez’ biological father, who was killed before he was born – is diabetic and it has been reported the illness has exacerbated the effects of Covid-19.

"It's very tough," Tevez told ESPN Argentina. "I have different emotions. At times I am well and other times I go and cry during the interval. I can't explain it.

"These are difficult times. I go and visit my father and then I have to be strong to play football."

Boca fans cannot attend games at the moment but a banner in support of Tevez and his family was placed in the stands of La Bombonera ahead of their most recent game, a 1-0 defeat against Talleres Cordoba.

"That fills my soul," Tevez said. "To enter the pitch, to see the flag, the banner.

"The important thing is that I am strong and that is thanks to the people at Boca and to my family who help me not to fall apart and to continue fighting. I'm standing, just as my family is, and we must continue."

Tevez was critical of the decision for Argentine football to return amid the coronavirus pandemic when the decision was made over the summer.

“There is pressure from all sides and we understand why, it is a business, but when you see people dying next door it is very difficult to return,” he said in August.

“The hospitals are collapsing and we cannot escape this reality.”

Boca’s defeat against Talleres saw them drop to second in their Argentine Primera Division group, but they topped their Copa Libertadores group and will play Brazilian side Internacional in the last 16.