The Man Utd striker is a big favourite of boss Ole Gunnar Solskjaer and impressed in the Premier League last season to get back in the Fra... 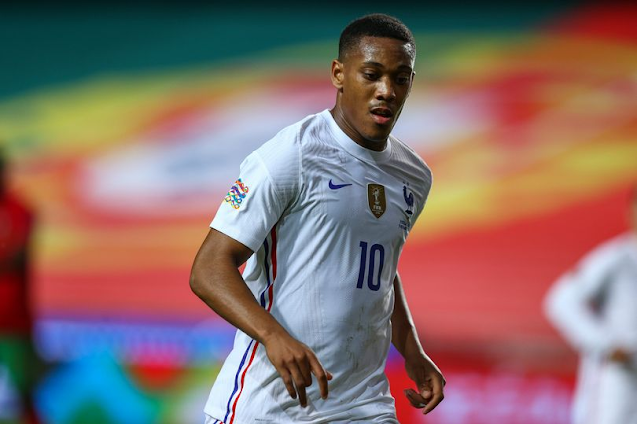 The Man Utd striker is a big favourite of boss Ole Gunnar Solskjaer and impressed in the Premier League last season to get back in the France squad.

The United forward has recently thrust his name back into the national team reckoning after a spell of inconsistent club form, which meant he was not part of his country's triumphant 2018 World Cup squad.

But after showing improved form under Ole Gunnar Solskjaer and winning the United players' player of the year award last season, Martial has impressed Deschamps. The manager lauded Martial after France's 1-0 Nations League win over Portugal on Sunday, which the 24-year-old started and impressed, before being replaced by Chelsea's Olivier Giroud on 78 minutes.

"But sincerely, having watched the moments again, it came down to small margins.

"He is part of the group of players who have not been here for a long period of time, but he has changed during this period, on the pitch and off of it.

"With years, he has also gained maturity. He is much more determined - he already had quality. Things are more concrete.

"I feel a bit unfortunate for him because he was not rewarded with a goal [against Portugal] but he is very promising.”

Martial has not quite hit his stride for United this season, missing three Premier League games after being shown a red card in the disastrous 6-1 defeat to Tottenham. But he has netted twice in the Champions League for Solskjaer's side and is considered a key player by the Norwegian, who entrusted Martial with the No.9 role after selling Romelu Lukaku in the summer of 2019.