Paul Pogba recovered from injury and Man United signed Donny van de Beek but Fred is still more important than both of them. Manchester Un... 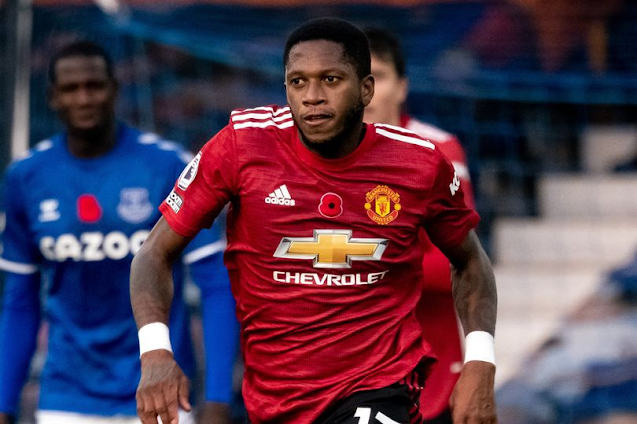 Paul Pogba recovered from injury and Man United signed Donny van de Beek but Fred is still more important than both of them.

Manchester United supporters aged 20 or under will struggle to believe it but Phil Neville's greatest performance for the club was in a duel with Patrick Vieira.

The money moment of United's 2-0 triumph over double winners Arsenal in December 2002 was not Juan Sebastian Veron's prodded winner or Paul Scholes's clincher but Neville sliding across the turf to rob Vieira of the ball and leave the Arsenal captain facing the grass. Neville's tenacious tackling was so full-blooded he robbed the ball off his own brother who just happened to be in the vicinity of Ashley Cole.

"It's my job just to tackle and to give the ball to the likes of Scholes and Veron," the younger Neville remarked in his man of the match interview. "But I'm under no illusions, the sooner we get Roy Keane and Nicky Butt back, the better." And Quinton Fortune.

Neville only started as Fortune had fractured his leg the previous week during Diego Forlan's day in the Anfield sun but the following season the specialist full-back Neville started in 29 of United's 38 Premier League fixtures and the majority were in midfield.

Keane was absent again for the end of Arsenal's 'invincible' run at Old Trafford in October 2004 and Neville, his status rotational again, was recalled to all but end Jose Antonio Reyes's career in English football.

The best players do not always make for the best team and it is probable Paul Pogba and Donny van de Beek will be on the bench for the third United league game in the last five on Saturday. The partnership of Scott McTominay and Fred, seemingly an anomalous alliance in that remarkable victory over Paris Saint-Germain 20 months ago, is actually United's most dependable midfield axis.

McTominay and Fred were constants in the variable first half of last season until the former left Old Trafford on crutches on Boxing Day. PSG (twice), Tottenham and Manchester City are among the scalps they have bagged and they were instrumental in ending Liverpool's winning start to last season.

McTominay and Fred are no Keane and Ince but there are passable parallels with the cult partnership of Owen Hargreaves and Anderson in 2007-08. They went toe-to-toe with Cesc Fabregas, Steven Gerrard and Javier Mascherano, and Anderson so vividly rattled Gerrard the Liverpool captain was fortunate not to be dismissed for an apparent headbutt in United's win at Anfield.

Anderson never neared those heights without the brittle Hargreaves, dubbed a 'disaster' by Sir Alex Ferguson, who was far fonder of the 'lovely boy' Anderson.

The United scouts are sticklers for left-footed midfield Brazilians with a questionable shooting technique and exorbitant transfer fee. Fred must crave Anderson's medals but would not necessarily swap them for his durability: he has completed 90 minutes in 46 matches in two-and-a-half seasons and Anderson mustered that feat on a measly 52 occasions in seven-and-a-half years.

Astonishingly, Fred has not suffered a single injury since he moved to United for £52million in the summer of 2018 and his last recorded injury was on the eve of that year's World Cup, which partly prevented him from featuring in Brazil's run to the quarter-finals in Russia. Anderson made too many trips to Bem Brasil on King Street in between visits to the Carrington medical centre.

Fred started 23 league games in succession last season - a sequence book-ended by the start and end of Pogba's lengthy lay-off with an ankle problem. Fred has overcome Pogba's return and the arrival of Van de Beek to reinforce his status as an undroppable. Despairingly, he trended on Twitter in the wake of the Van de Beek signing purely because some fans surmised he would be sold when there was absolutely no indication of that whatsoever.

Bar an aberration against Arsenal this month when his position was changed in the diamond, Fred has been excellent since Ole Gunnar Solskjaer restored him to the XI in response to the Tottenham trouncing. It is perverse the Brazil coach Tite continues to overlook Fred when he calls upon Douglas Luiz and Allan.

"I think Fred bottled out of a challenge there and walked back," Gary Neville withered on commentary as United surrendered at West Ham last year. "I'm sure he did." Neville last month opined Fred was part of Solskjaer's 'favourite midfield three' and that he and McTominay bring the best out in Bruno Fernandes.

There are some naysayers that Fred is never going to convince. "If you think Fred, McTominay and Matic in midfield will get Man United back to the heights of winning titles, then you’re living in cuckoo land," Roy Keane claimed. United didn't win the league with Phil Neville a regular in midfield, either.