The Dutchman had a fiery relationship with the Manchester United boss and eventually left the club to join Real Madrid in 2006 after a hig... 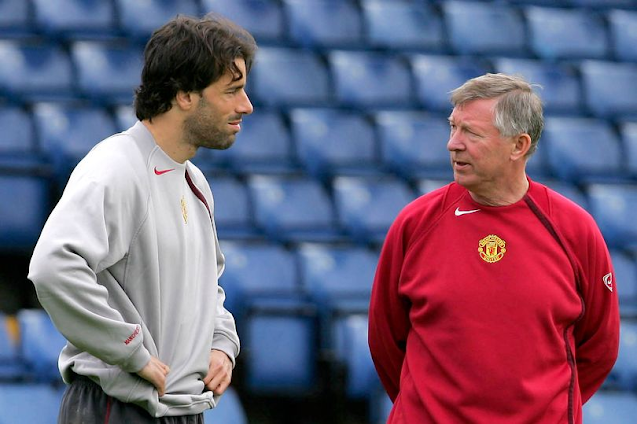 The Dutchman had a fiery relationship with the Manchester United boss and eventually left the club to join Real Madrid in 2006 after a high-profile bust-up.

Gary Neville has recalled the time that Sir Alex Ferguson lost his temper with Ruud van Nistelrooy after swapping shirts with a Manchester City player.

He held a problematic relationship with the United boss, though, which eventually saw him leave the club in 2006 after a high-profile bust-up.

Ferguson also blew his top with Van Nistelrooy in 2002, when he swapped shirts with a City player following a 3-1 defeat at Maine Road.

Neville, Van Nistelrooy's teammate at the time, said the Scot was so angry with the striker he threatened to bring fans into the changing room and let them have their say, whilst banning all players from swapping shirts in domestic matches moving forward.

“I always remember, after that game Ruud van Nistelrooy had swapped shirts with a City player,” Neville said on the Quickly Kevin, Will He Score? podcast.

“The City player had come up to him and swapped shirts.

“He [Ferguson] said, ‘You do not give away one of those shirts. They’re my shirts. They’re this club’s shirts, they’re not your shirts. You’re just wearing them temporarily. That’s not your possession to give away'.

“He stopped us swapping shirts in domestic games.