The two Man Utd midfielders have both been in decent form this season under Ole Gunnar Solskjaer at Old Trafford. Fred and Bruno Fernandes a... 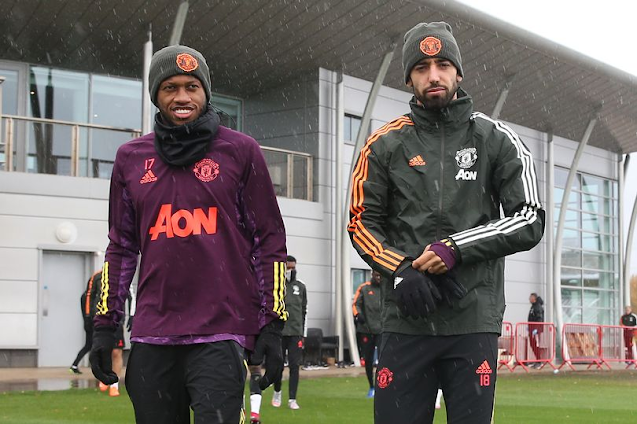 The two Man Utd midfielders have both been in decent form this season under Ole Gunnar Solskjaer at Old Trafford.

Fred has not been renowned for his goalscoring since he signed for United in June 2018, whereas Fernandes sees himself in a similar mould to club legend Scholes.

And the Portuguese has opened up on the time he and Fred were watching Scholes highlights, with Fernandes instructing the Brazilian to get closer to the goal if he wants to increase his scoring rate. Fred did exactly that and bagged a brace for the first time in his United career in the 5-0 drubbing of Club Brugge in the Europa League last season.

Asked which players he is similar to in a United podcast interview, Fernandes said: “For me, I will be realistic because if I look at all of them, maybe I’m more closer to Paul Scholes than them.

"You know, Paul Scholes was a guy who likes to be in the box, who likes to give an assist, who likes to score a lot of goals, and maybe the ones I said [Andrea Pirlo, Zinedine Zidane and Andres Iniesta] aren’t like that – like Pirlo scored some goals but maybe more from free-kicks, Zidane scored some goals, Iniesta – no-one really remembers Iniesta for scoring goals, you remember him for assists and everything else he did.

"It’s funny, I remember when we were about to play Club Brugge [at home] last season, and I was in the dining room with Fred, and on the television they were playing all Paul Scholes’ goals in a Manchester United shirt.

"We had eaten, but we just stayed there to watch all of the goals of his. And it was funny because I was talking to Fred, and I said to him, ‘You see what Paul Scholes is doing, you need to be more closer to the goal, because if not, you will never score!’

"And then Fred, in that game, he scored twice!"

Fernandes has revealed his admiration for Scholes and multiple occasions and again waxed lyrical about the Class of 92 legend.

He added: "I appreciate Scholes a lot but maybe because, at that time for me in Portugal, when Scholes was playing at his best level, it was difficult for us to see English football, maybe it was because Spanish football was closer so it was more on the television, and we grew up with those names."