Manchester United are set to be without several regulars for the visit of West Brom this weekend and Ole Gunnar Solskjaer will have to mak... 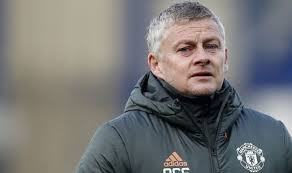 Manchester United are set to be without several regulars for the visit of West Brom this weekend and Ole Gunnar Solskjaer will have to make some changes to his starting eleven.

Manchester United boss Ole Gunnar Solskjaer faces several major absences for the visit of West Brom to Old Trafford this weekend and will have to make changes to the side that won at Everton before the international break. United are likely to have to wait on the results of late fitness tests for some of their players as they look for a first home league win of the season.

Before the break, Solskjaer's players alleviated some of the pressure that was beginning to crank up with a 3-1 win over Everton.

Bruno Fernandes was in inspired form with two goals and an assist and only played 117 minutes of a possible 270 for Portugal on international duty, which will please the Norwegian.

The Portugal playmaker will be the talisman once again as United look to break down a West Brom side who almost frustrated Tottenham last time out before conceding a late Harry Kane goal.

But United may have to make a change or two around Fernandes, with Anthony Martial a potential absentee due to a back problem.

Martial trained alone for France at the start of the week but the fact he was an unused substitute against Sweden on Tuesday should mean he's fine to face the Baggies as the lone striker.

If he is absent, then Marcus Rashford is the most likely to lead the line with Edinson Cavani's involvement also in doubt after he missed training on Thursday.

Cavani's absence would mean the on-loan Odion Ighalo is the first-choice striker off of the bench.

Rashford reported for duty at Carrington despite missing England duty with a shoulder problem and should keep his place on the left-hand side of the attack.

Juan Mata started at Everton but Mason Greenwood could displace him against West Brom after he also stayed in Manchester rather than representing England after illness.

Greenwood has been back in training and has only started three league games this term and the struggling Midlands outfit could be the ideal opponent for him to find some form.

The teenager would play on the right with the task of challenging Darnell Furlong down the flanks. 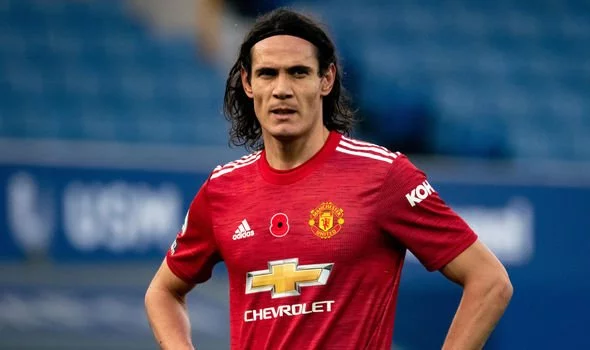 Scott McTominay's late return from Scotland duty after playing the full 90 minutes against Israel on Wednesday could see Nemanja Matic displace him in midfield.

Fred should keep his spot having established himself as a crucial part of Solskjaer's plans, which would mean Paul Pogba sitting on the bench again.

Donny van de Beek is another who may have to settle for a spot on the bench, though he and Pogba could come back into the team in midweek as United seek revenge against Istanbul Basaksehir in the Champions League.

United have some decisions to make at the back though. Luke Shaw's absence due to a hamstring injury sustained at Everton should see Alex Telles handed his first Premier League appearance.

The Brazil left-back has recovered from coronavirus and despite reports he had returned a positive COVID-19 test during the break, he should be fine to play.

In central defence, captain Harry Maguire was absent from training yesterday after suffering a bruised foot for England on Wednesday night.

Victor Lindelof was present but is currently nursing a back problem which forced him off in Sweden's clash with France.

He played at Everton, however, and may be asked to play through the pain against West Brom if Maguire is unavailable. 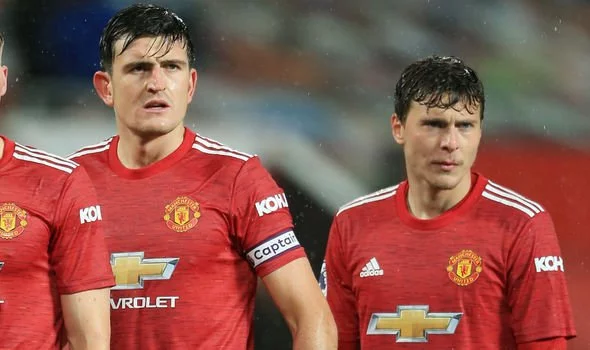 That's with Eric Bailly still returning to fitness and having missed training on Thursday, meaning Lindelof could be partnered Axel Tuanzebe at the back.

At right-back Aaron Wan-Bissaka will retain his place while David de Gea will make a customary appearance in goal over Dean Henderson.

That would see Solskjaer make four changes from the win at Everton with Maguire, Shaw, McTominay and Mata all making way.

With Maguire and Shaw sidelined by injury and Cavani also potentially missing out, Bailly would be another influential absentee.

Much will depend who trains today with United boss Solskjaer expected to provide an update on the fitness of his squad in his pre-West Brom press conference.