How Manchester United can learn from past mistakes against Southampton 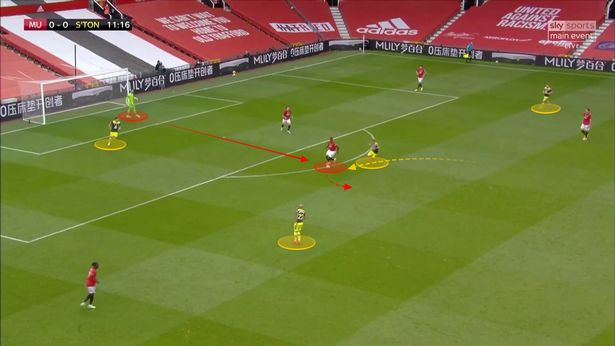 Southampton caused Man United problems at Old Trafford in July, but Ole Gunnar Solskjaer can learn from that experience

Manchester United have a tricky trip down to the south coast to face Southampton at St Mary's on Sunday.

Ole Gunnar Solskjaer's men are experiencing a good run of form having won three matches in a row against Everton, West Brom and Istanbul Basaksehir, but the Saints could prove to be tricky customers based on recent results and past meetings.

Ralph Hassenhuttl's outfit are unbeaten in seven matches despite facing Chelsea, Everton and Wolves, and they caused problems for United when the two teams last met in July, with the scores ending 2-2 at Old Trafford. They took more shots, found the target more often and dominated more of the possession share.

The home side encountered issues particularly when trying to build attacking moves from the back, as Southampton demonstrated a willingness to press in numbers high up the field to force valuable mistakes which could then be capitalised upon.

The tactic largely worked and the first goal of the contest stemmed from pressing efforts in United's defensive third, with Paul Pogba losing the ball to Danny Ings after receiving a pass from David de Gea, before Stuart Armstrong found the net after finishing a cross at the back post, shown below.

United's approach to building from their goalkeeper was simply too predictable and to ensure that such a problem fails to materialise once more, Solskjaer's team must be adaptable and willing to mix things up.

Earlier in the season, Tottenham and particularly Chelsea managed to reap the rewards of occasionally hitting over Southampton's aggressive press before exploiting their relatively-high defensive line.

An example is pictured below, with Frank Lampard's men passing the ball around in their own defensive third to lure the Saints forward, before Jorginho hit a ball over the top of Hasenhuttl's defence with his first touch.

Timo Werner then beat Jannik Vestergaard and Jan Bednarek in a race to the ball before finishing - with those two central defenders lacking pace - and Anthony Martial and Marcus Rashford both possess a similar degree of speed to the German forward.

United shouldn't simply hit long every time, but if they can manage to entice Hasenhuttl's players into closing down high up the field, they could potentially use a through pass or a lofted ball over the top to exploit Southampton's primary frailty.

The likes of Rashford and Martial tend to be at their best when they are running in behind rather than coming short, and if United contest Sunday's bout with that in mind, those valuable situations could emerge and prove to be the difference.