How Paris Saint-Germain could line up against Manchester United

Paris Saint-Germain  travel to Old Trafford to face  Manchester United  on Wednesday with both vengeance and keeping their  Champions Leag... 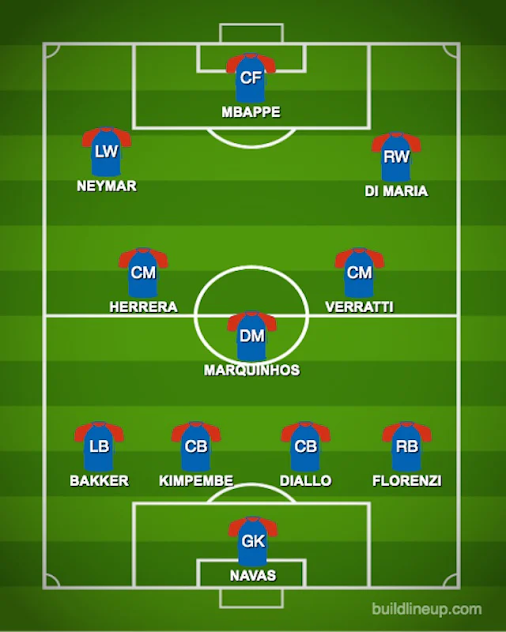 Paris Saint-Germain travel to Old Trafford to face Manchester United on Wednesday with both vengeance and keeping their Champions League fate in their own hands on the agenda.

Last season's runners-up were beaten by United in Paris on matchday one, and another defeat in the reverse fixture would leave them requiring favours from elsewhere to stand any chance of qualifying from Group H.

However, they arrive at the three-time winners in inconsistent form, having won two, lost two and drawn one of their last five outings in all competitions.

Here, Sports Mole looks at how Thomas Tuchel could set his side up for the contest.

PSG should be boosted by positive fitness updates on Marquinhos and Keylor Navas, who are both expected to overcome minor issues in time for this match.

Marquinhos sat out of the draw with Bordeaux at the weekend as a precaution but is expected to come into the midfield here.

Eighteen-year-old Timothee Pembele made his debut at centre-back on Saturday but scored an own goal after only 10 minutes and he is likely to make way for the returning Abdou Diallo, who was suspended at the weekend.

The news on Layvin Kurzawa's fitness is less optimistic so Mitchel Bakker is expected to come in at left-back, while Juan Bernat, Julian Draxler and Thilo Kehrer are confirmed absentees.

The star men are, as always, Neymar and Kylian Mbappe, the latter of whom is gunning for his 100th PSG goal in just 136 games for the club.

The two most expensive players in football history are expected to be joined in the forward line by former Man United man Angel Di Maria, while Wednesday should also see a return to Old Trafford for Ander Herrera.

Mauro Icardi and Idrissa Gueye were both back in the squad on Saturday following spells out, but they may once again have to settle for a place on the bench from the start here