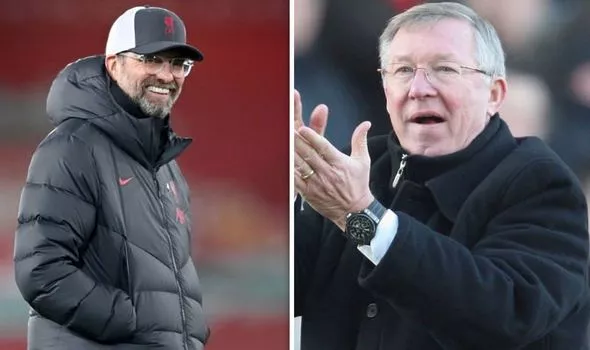 Liverpool boss Jurgen Klopp has received huge praise with a comparison to legendary former Manchester United manager Sir Alex Ferguson.
Liverpool manager Jurgen Klopp has been labelled the "nearest thing to Sir Alex Ferguson" by former Manchester United striker Dion Dublin. Klopp led Liverpool to their first Premier League triumph last season, ending a 30-year wait for a top-flight title. That came just over 12 months after the Reds won their sixth European Cup with victory over Tottenham in the Champions League final in Madrid.
The early signs this season suggest Liverpool may not run away with the league as they did last term.

Klopp's side have been hampered by a number of serious injury problems, especially in defence.

But they went some way to proving their doubters wrong with a comprehensive 3-0 win over high-flying Leicester at Anfield on Sunday.

Liverpool have not lost a Premier League home game in over three years, a run which has now reached 64 matches.

And Dublin says he has not seen a manager have an impact on a club like Klopp since Ferguson's reign at Old Trafford.

"If you look at the stats as well for their home run, nobody's going to get anywhere near that, that's amazing.

"That's down to the manager having such high standards for his players and for his club.

"I've said it many times, I do believe Klopp's the nearest thing to Sir Alex Ferguson, in regards to going into a football club and running it from the very, very top saying: 'This is what I want to do, if you go with me I'll make this club successful', and he's changing Liverpool Football Club."

The German hit back at claims his team have defended badly this season but insists they must continue like they did in the win over Leicester.

"I really think it's funny to talk to us about defensive struggles before," Klopp said on Monday.

"Yes, we lost against Aston Villa and I know we conceded seven goals, I will never forget that, but before that we defended not that bad.

"After that, we didn't do that bad, so we know how to defend.

"How the boys do it was exceptional because it was different line-ups, different pairings, all these kinds of things.

"Now we have to keep doing it like this – or even better – because we only have [had] nine matchdays in the Premier League and three in the Champions League, so that's a really, really young season and there's so many games to play and challenges to face."