A coach who worked with the powerful frontman at Everton is enjoying having a rejuvenated star available to him at international level. Ro... 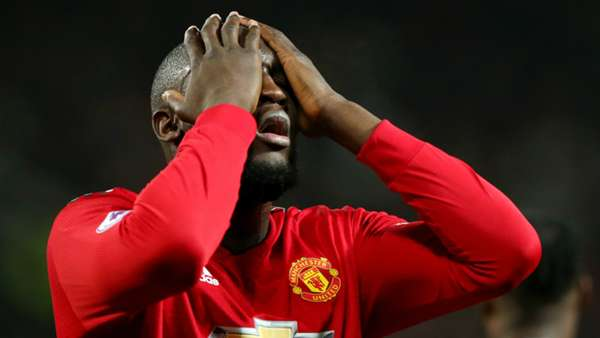 A coach who worked with the powerful frontman at Everton is enjoying having a rejuvenated star available to him at international level.

Romelu Lukaku “took a lot of blame” at Manchester United, says Roberto Martinez, with the Belgium boss of the opinion that a striker now starring with Inter was treated “very unfairly” at Old Trafford.

The Red Devils invested £75 million ($99m) in the powerful frontman when luring him away from Everton in 2017.

They saw Lukaku register 42 goals through 96 appearances, but he never truly convinced during his time working under Jose Mourinho and Ole Gunnar Solskjaer.

That led to another move being sanctioned in 2019, as Inter dug deep to take him to Serie A, and the 27-year-old has thrived in Italy – finding the target 41 times through 58 games.

Lukaku’s performances are expected to have those in Manchester asking questions of why they struggled to find a similar kind of spark, with Martinez of the opinion that a proven performer was never given the respect he deserved while with the Red Devils.

The Belgium manager told talkSPORT of a player he has worked with at domestic and international level: “My relationship with Romelu was from a young player when he came to Everton on loan.

“Then we made a massive effort to get him on a permanent basis and he was the transfer record at that time.

“You can see the player going through phases, good moments, bad moments, but what we’ve seen with Romelu is he’s never lost his outstanding quality which is scoring goals.

“Now we’ve seen a real maturity in his play.

“The time he had at Manchester United, he was so desperate to win trophies and he took a lot of responsibility on his shoulders and probably took a lot of blame, in my eyes, very unfairly.

“But going to Italy, he’s in the middle of a new project, he’s taken that responsibility and those difficulties he had in England in a good way.

“The player we have now is a player in the best maturity moment of his career.”

While starring again domestically, Lukaku is also proving to be a talismanic presence for his country.

He bagged a brace in Belgium’s 4-2 win over Denmark on Wednesday, which took Martinez’s men into the UEFA Nations League Finals, and now has 57 goals for the Red Devils through 89 outings.