Bruno Fernandes was once again Manchester United's match winner against West Brom. The Portuguese playmaker converted from the penalty... 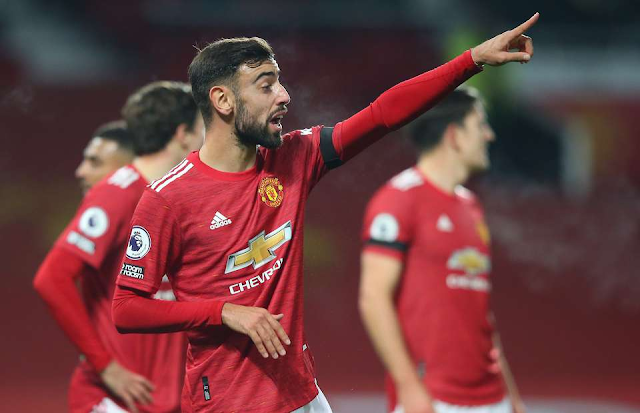 The Portuguese playmaker converted from the penalty spot in the 56th minute to seal a priceless 1-0 victory for the Red Devils under the lights at Old Trafford.

It was a far from convincing performance display by Ole Gunnar Solskjaer's men and without Fernandes, they would probably have dropped points at home once again.

The former Sporting Lisbon man was United's driving force throughout the entirety of the match and his efforts helped soften the blow of another lacklustre performance from Anthony Martial.

Fernandes completed six key passes last night, the most during a game by a single player in any of Europe's top five leagues this season.

The fact United only scored one goal says it all, with Martial and Marcus Rashford guilty of missing relatively easy chances.

Even the usually dependable Juan Mata was wasteful in front of goal. The Spaniard failed to properly connect with a sensational long-range pass from Fernandes, robbing the Portuguese of a world-class pre-assist.

Had Kevin De Bruyne or Trent Alexander-Arnold played this pass, we'd never hear the last of it.

But Fernandes is just a penalty merchant, right?

While we all know the Portuguese gets his fair share of opportunities to convert from the spot, there's no denying what a supreme talent he is.

Yes, he can be guilty of surrendering possession to the opposition a little too often. However, that's because he's a risk taker and every top team in the world needs a midfielder who's playing style is the polar opposite to pragmatic.

Fernandes' highlights from the game - which you can watch below - perfectly illustrate his importance to Solskjaer's side and without him, United would be a VERY dull side to watch.

The guy is one of the Premier League's very best and there's absolutely nothing rival fans can do about it.