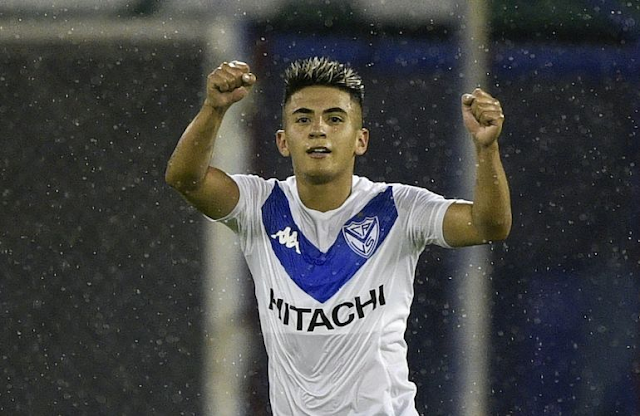 Almada, 19, first joined Velez Sarsfield’s under-20s side in 2018 and has since gone on to emerge as one of South America’s brightest talents.

The Argentinian teenager who primarily plays as a number 10 but can also operate as a wide attacker from either flank has featured in a total of 50 matches in all competitions for Velez Sarsfield.

After boasting a very decent direct goal contribution of 16 goals across all competitions for his side who compete in the Primera Division, Almada has reportedly caught the attentions of some of Europe’s biggest clubs.

According to a recent report from Tuttomercato Web, Inter Milan, Ajax, Valencia and arch Premier League rivals Manchester City and United are all keen on Velez Sarsfield’s teenager.

The report does not state at this stage how much Almada’s Argentinian side are demanding in terms of a transfer fee.

However, it would be reasonable to assume that manager Ole Gunnar Solskjaer has turned his attentions to Almada after recently missing out on fellow Argentinian playmaker, Luka Romero.