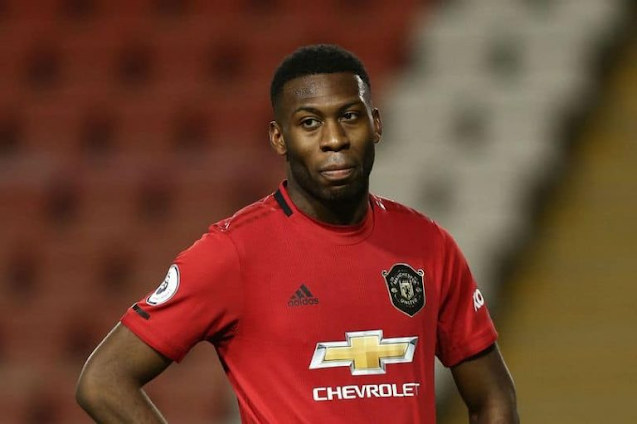 According to a report by Manchester Evening News, Timothy Fosu-Mensah is one of the few players earmarked to leave Manchester United in January. The Dutch right-back’s contract ends in the summer of 2021 and United will not be looking to renew it.

Manchester United have 31 players in their squad and Ole Gunnar Solsjkaer is looking to offload some players. Odion Ighalo, Sergio Romero, Phil Jones, and Marcos Rojo could also be on their way out. (h/t Manchester Evening News)

The Dutchman went on to make 12 Premier League appearances in his next one and a half years at the club before joining Crystal Palace on loan in the 2017/18 season. After featuring in an impressive 21 league games for Palace, he got loaned again the following year, but this time to Fulham. A long-term injury in April 2019 saw him return to Manchester United.

United have a bloated squad, with 31 players currently on their books. Manchester United are excessively stacked in the full-back department, with three senior full-backs each on either flank of their backline. Aaron Wan-Bissaka is their trusted right-back, while youngsters Diogo Dalot and Timothy Fosu-Mensah are the backups.

Fosu-Mensah had not started a league game for United in three years until he lined up against Crystal Palace in July 2020. The two years he spent on loan before that was not the most impressive either. In the 2017/18 season, the Dutchman played 21 league games in a Palace defence that saw them concede just one goal lesser than the relegated West Brom and Swansea.

The following year, he appeared 12 times for a Fulham defence that shipped a staggering 81 goals and got relegated. Fosu-Mensah has garnered a fair amount of top-flight experience in his time in England, but playing for a club like Manchester United is a different challenge which he does not look cut out for.

The Dutchman’s contract expires in the summer of 2021. If he does not renew his contract, this window will be the last chance for United to sell him before losing him on a free transfer. He has made 68 senior appearances for three Premier League clubs at the age of just 22. Therefore, Solskjaer may not have to look long and hard to find a potential suitor.

It is time that the Norweigan makes a decision between Diogo Dalot and Timothy Fosu-Mensah as the club’s preferred backup for Wan-Bissaka. Apart from them, even Victor Lindelof can play that position. Dalot is 21 while Fosu-Mensah is 22, and Solskjaer should decide which player he wants to develop further. Game time for both would hardly be possible.

With so much overcrowding down the right-hand side, it will be wise of the Norwegian to take advantage of the situation and sell off Fosu-Mensah before losing a young first-team player like him for free.