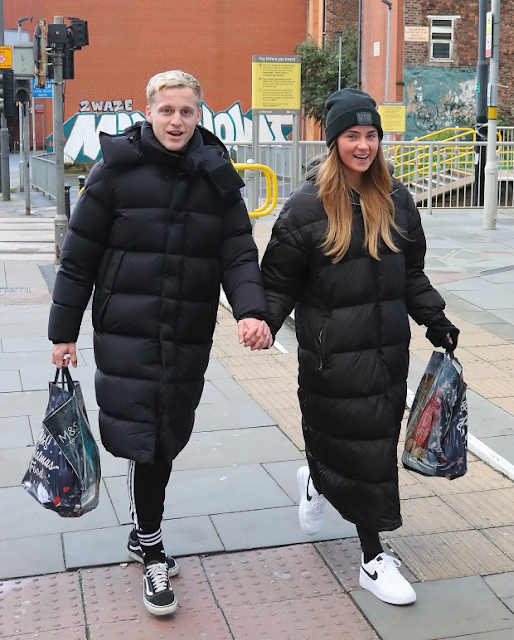 The Dutch midfielder, 23, joined the Red Devils for £40million in the summer from Ajax.

And he seems to have settled into life in Manchester as he was pictured holding hands with partner Estelle as they nipped into the city centre.

The young couple wrapped up warm in matching long black coats to hold off the winter chill ahead of the festive season.

Estelle, 24, is the daughter of Arsenal legend Dennis Bergkamp and she was born in London, one year into her father's Gunners career.

Despite arriving as United's headline signing of the transfer window, Van de Beek has struggled for Premier League game time.

Boss Ole Gunnar Solskjaer is yet to start the Dutchman in the league but has used him from the off in three out of their four Champions League fixtures.

And he took his chance in Tuesday night's 4-1 win over Istanbul Basaksehir at Old Trafford.

Ferdinand told BT Sport: "I was very impressed. You spend £40m on a player and you want to see him make more than just cameos here and there.

“I think he is the one player in this squad who is happy playing one-touch, two-touch, keeping it simple... sacrificing parts of his game to help other people flourish.

“In any great team you need players like that and he's one player who will make other players tick, and make them play better."

“He is so unselfish, he can just fit in and play the right balls everywhere.”