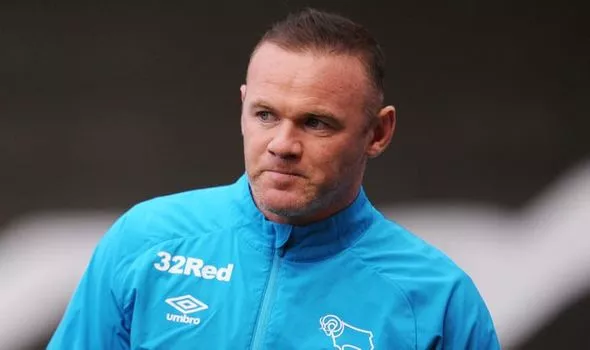 Manchester United and England legend Wayne Rooney will retire from playing if he is asked to take the Derby County job on a permanent basis. Rooney is currently in temporary charge of Championship side Derby following the sacking of Phillip Cocu earlier this month. England's all-time leading goalscorer has combined his coaching role with playing duties but says he will hang up his boots if Derby want him as their full-time boss.

Derby are currently bottom of the second-tier of English football, having won just one of their 13 league matches so far this season.

They have lost their last four games without scoring a single goal.

Rooney wants to go into management and will retire if Derby want him to be the permanent successor to Cocu.

However, he will continue playing if that is not the case.

"That possibility (of ending his playing days) is there, of course, Rooney said.

"As I have stated I want to do this job and I want to go into management.

"If I manage the team long-term I do not feel it is possible to manage and play.

"If I'm not managing the team I will continue to play, but if I'm asked to manage the team on a full-time basis that will be the end of my playing days.

"It's not the answer you want to hear but as I keep saying, the focus is on Saturday."

The Rams are close to being taken over by Derventio Holdings, which is owned by Sheikh Khaled Zayed Bin Saquer Zayed Al Nayhan - a member of the Abu Dhabi Royal Family.

Rooney says he will have more of an update once the new owners are in place.

"The new owners are not yet here [but they are] days away from finalising so I have to focus on the team," he added.

"I'm sure in the near future I'll be able to answer these questions better.

"Management is what I want to do and what I see myself doing.

"On Saturday it is the right decision to give my full attention to managing the team and not lose focus on that by taking part in the game.