The teenager has only started three league games this season but the head coach has backed the 19-year-old to keep pushing on Ole Gunnar S... 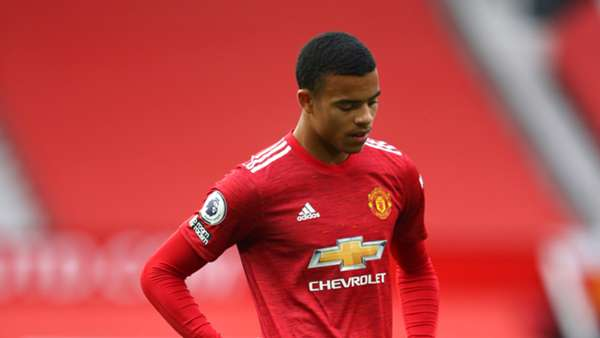 Ole Gunnar Solskjaer has “no doubts” over Mason Greenwood after weeks of mounting speculation over the teenager’s absence from Manchester United's starting XI.

The 19-year-old has started just three of United’s opening eight games of the Premier League campaign and did not travel for the fixture against Newcastle in October or the win against Everton at Goodison Park before the recent international break.

There have been various reports regarding concerns about the teenager’s form this season but Solskjaer confirmed he has been given time off from training to recover from an illness and has no doubts in the forward’s ability.

“You have to take a step back sometimes, the boy's only 19, he's had a fantastic year,” Solskjaer explained. “If we go a year back, I left him out of the Carabao Cup against Chelsea. Mason stayed back and played against Doncaster in the Checkatrade for game time, that's how far he's come.

“Now he has 19 goals for the first team, he’s made his England debut, scored in his first Under-21 game... he’s had a fantastic development. The headlines are going to be there about him if he scores and doesn't play.

“Everyone's allowed to not be well and if you’re not well you can’t train. He's been away eight or nine days from training, we just started building him up again. I have no doubts about him, he has a very good head on him and his talent is there for all to see.”

While Greenwood is a doubt for the game against West Brom at Old Trafford on Saturday night as he gets back to full fitness after his time off training, Solskjaer is hopeful that Marcus Rashford will be available for selection after missing the international fixtures with a shoulder injury.

Solskjaer is also hoping his side can finally get off the mark at home in the league after playing four games without a win.

“Home and away is no different, not like it used to be,” he said. “[We] had four home games in the league. The first one, we look at having no preparation and Palace deserved it.

"Tottenham deserved their win after Anthony [Martial] was sent off, and in the other two games, if we had our fans, that might have sparked that little extra X-factor we needed.

“Our best win this season was against RB Leipzig at home, it's something we want to correct and get our first win hopefully against West Brom. But it's a different sensation playing in front of the Stretford End without fans, they usually score a goal for us.”