Manchester United have been linked with Eduardo Camavinga in recent weeks and the latest reports are intriguing. Last month,  AS  revealed... 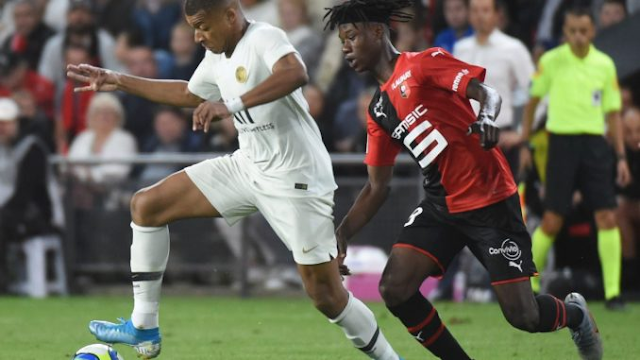 Manchester United have been linked with Eduardo Camavinga in recent weeks and the latest reports are intriguing.
Last month, AS revealed that the Red Devils could end up selling Paul Pogba and they are interested in hiring the services of Camavinga to replace him.

More recently, Marca have covered a story and stated that the three clubs that will likely end up agreeing a deal to sign the teenage sensation are Man Utd, Spanish giants Real Madrid and French champions Paris Saint-Germain.

The 18-year-old midfielder was heavily linked with a move away from Rennes in the summer but eventually stayed put to take part in the club’s first ever UEFA Champions League campaign.

His current contract with the Ligue 1 side will expire in 2022 and the famous Spanish outlet (Marca) have claimed that the youngster is valued at 70 million euros (£63million).

Camavinga is naturally a central midfielder but he can also play effectively in the attacking third. In the current campaign, thus far, he has started 6 league games and directly contributed in 2 goals (1 goal and 1 assist).

He made his debut for the Les Bleus back in September in a 4-2 Nations League victory over Croatia. The midfielder made his first start for the senior national side last month vs Ukraine and scored his first goal in the friendly contest that the World Champions won 7-1.

Man Utd’s record signing Paul Pogba has not been able to showcase his top quality consistently. Last season, he was mostly injured and this season, he has been average to an extent that Solskjaer has opted to bench him at times.

As per The Athletic, the former Juventus star’s value is declining and United could get rid of him before the expiry of his contract. In your view, should the Old Trafford outfit sell Pogba and replace him with Eduardo Camavinga?