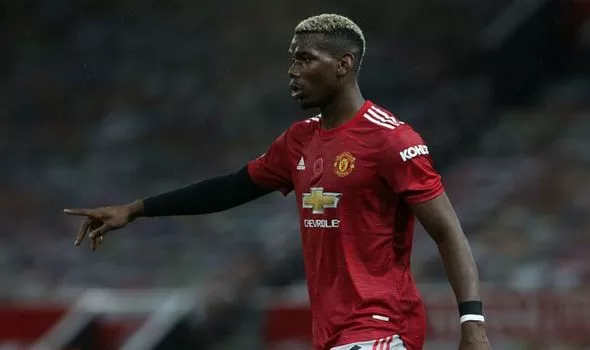 Hours ahead of the match, it was reported that Pogba - whose long term future at the club is up in the air - wasn't present with the squad when they arrived at The Lowry Hotel.

And there were mixed reactions to the Frenchman's potential omission from today's match.

"Fantastic news!!!!" one Red Devil said. "Good that Rashford, Lindelof and Telles are in the squad as well."

"Greenwood will be back soon as Ole said," one United fan tweeted. "He’s just building up his fitness after being away from the squad. Pogba’s absence worries me though."

One United fan had an interesting theory for Pogba's potential absence, saying: "Ole's probably sending a statement to Pogba.

"Poor performances and once again yapping his mouth."

The "yapping" the fan was referring to was in reference to comments Pogba recently made whilst on international duty with France.

"This is a period that I haven't previously experienced in my career, as I've been used to playing all the time and getting into my rhythm, so that's suddenly changed," Pogba told RTL.

"I feel I'm gradually getting back into it now. I'm rediscovering my form. That's the sort of performance that I need to produce and I need to do so consistently."

He added: "[Playing with France] it's like a window that opens up. It's a breath of fresh air when you come here. We have a truly fantastic squad. When we come here, we're all happy."

United boss Ole Gunnar Solskjaer discussed the comments with the Pogba upon his return to Manchester, saying: “I spoke to Paul today about it.

“Of course, he’s not happy when he’s not been playing and not playing really well. He’s not been happy with his [club performances].

"But Paul had a difficult season last season. Then he’s had COVID. But three games for France have helped him get his fitness and rhythm. I spoke to him and he feels stronger for it.

"He plays in the same position for France as he does for us, so that scenario isn’t an issue.”