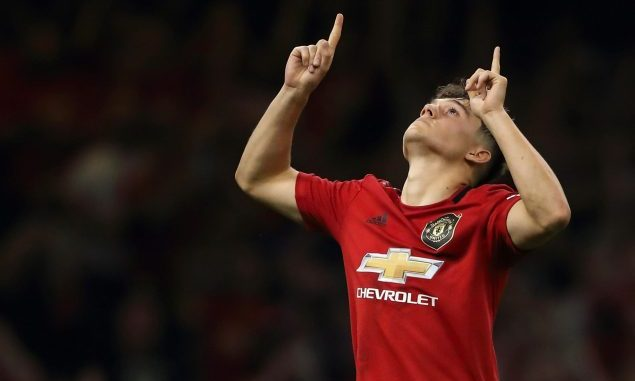 The 23-year-old Welshman has made five appearances for the Red Devils during the 2020-21 season, including three in the top-flight, but the prodigy has largely failed to impress.

Daniel has not featured in either of United’s last two PL matches and could struggle for regular minutes this season, with striker Edinson Cavani’s arrival pushing him further down the pecking order.

The Wales international was linked with a transfer to Leeds over the summer, but the Red Devils were not willing to sanction a loan exit at that stage.

According to The Mirror, the arrival of Amad Diallo from Serie A club Atalanta BC at the start of 2021 could lead to the 20-times English champions putting the ex-Swansea City attacker on the loan list.

James has netted four times and registered seven assists in 51 appearances for United in all competitions.

At a time when the senior team are struggling for consistency, club chiefs are keen to bring in experienced players during the upcoming transfer markets.

However, according to Sport, the Catalan side will also look to strengthen their B side, particularly on the right-hand side of the defence.

That has apparently led to interest being shown in Arnau, who left Espanyol to move to Old Trafford three years ago.

While the 19-year-old is yet to feature for the senior side, the Spain U19 international is highly regarded at United.