MANCHESTER UNITED have joined Arsenal in the transfer chase for Christian Eriksen, according to reports. The former Tottenham playmaker, 2...

MANCHESTER UNITED have joined Arsenal in the transfer chase for Christian Eriksen, according to reports.

The former Tottenham playmaker, 28, has struggled since his January switch to Inter Milan.

And as Antonio Conte looks to improve his squad when the transfer window reopens, the Danish international could be let go to free up cash for new recruits.

According to Corriere Dello Sport via Football Italia, Inter may even propose a swap deal with United involving Fred.

The Brazilian midfielder, 27, arrived from Shakhtar Donetsk in 2018 for a staggering £52million.

After a tough opening 24 months at Old Trafford, he has finally started to make an impression, forming a strong partnership with Scott McTominay.

However, Inter may tempt Ole Gunnar Solskjaer into letting Fred go with the offer of Eriksen.

United were linked with Eriksen during his time at Tottenham but already have Bruno Fernandes, Paul Pogba, Donny van de Beek, Juan Mata and Jesse Lingard as attacking midfielders.

Eriksen is under contract until 2024 but has played just 301 minutes of football for Conte so far this season - starting four times - and is yet to register a goal or an assist.

He put clubs on red alert when he said: "This isn’t what I dreamed of. All players want to play as much as possible, but the coach decides who gets to go on the pitch.

"It is a strange situation, as the fans want to see me playing more and so would I, but the coach has different ideas and as a player I have to respect that.

"I am concentrating on my football, then when the transfer window opens we will see if something will happen or not."

However, recent reports suggest Arsenal may also be monitoring Eriksen - despite his Tottenham history.

Similarly, a swap deal was suggested with Granit Xhaka going the other way.

Finally, Paris Saint-Germain could also be Eriksen's next step with Leandro Paredes the midfielder Inter want in exchange. 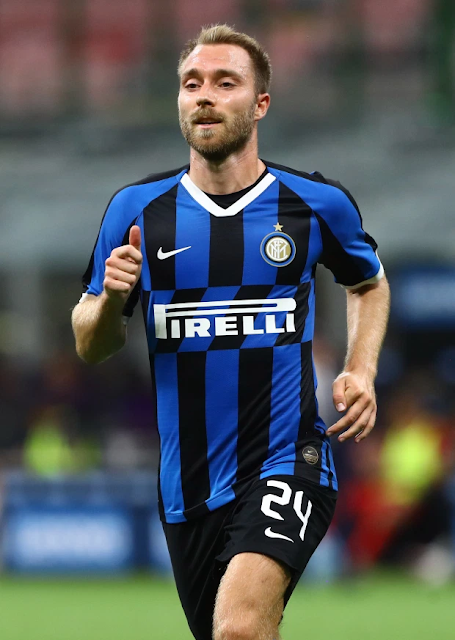