SIR ALEX FERGUSON was celebrating a £12,500 winner after his horse Protektorat stormed to victory at Cheltenham. The 6-5 favorite was no mat... 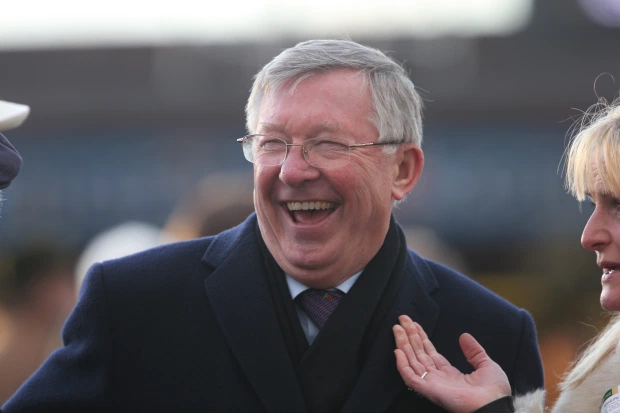 SIR ALEX FERGUSON was celebrating a £12,500 winner after his horse Protektorat stormed to victory at Cheltenham.

The 6-5 favorite was no match for the others as he made all to land the SSS Super Alloys Supports Racing Welfare Novices' Chase.

Protektorat, who is trained by Dan Skelton, was asked for more three jumps from home and left the others in his wake with a brilliant 17-length win.

Unfortunately for Fergie, the only bad news was that Manchester United are nowhere near as impressive as his horse.

The side he led to 13 Premier League titles currently sit 14th in the table under Ole Gunnar Solskjaer.

And it looks like if the iconic Scottish manager, 78, wants something to celebrate some time soon he should stick with his horses.

Protektorat, who was ridden by Harry Skelton, was well-backed before the off in the 2.25 and proved an easy winner at the big November meet.

And Paint The Dream, a 12-1 chance trained by Fergal O'Brien and ridden by Connor Brace, came third.

Fergie has long had a love of horses, his most famous being Rock of Gibraltar, the 2002 European horse of the year.

It ran in United's colours, and earned over £1.1million for the football hero.

While Give Me A Copper was his hope for the Grand National until the race was cancelled this year due to coronavirus.

Protektorat could go onto be another big winner for Fergie.

The five-year-old has won both races entered this new jumps season, netting his owner just short of £20,000 so far.

In total, Protektorat has collected earnings of £65,414 for Fergie and his three fellow owners.

A responsible gambler is someone who: