The left-back is a doubt for the Selecao's World Cup qualifier with Uruguay on Tuesday. Manchester United are monitoring the situation... 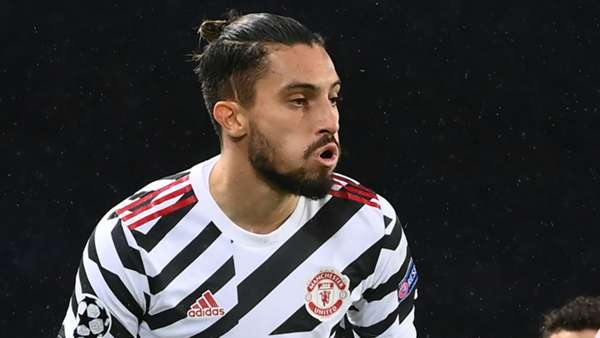 The left-back is a doubt for the Selecao's World Cup qualifier with Uruguay on Tuesday.

Manchester United are monitoring the situation regarding Alex Telles, following reports which claimed he had tested positive for coronavirus while on international duty with Brazil.

The left-back came off the bench to feature in Brazil’s 1-0 win over Venezuela in World Cup qualifying on Friday, but he is a doubt for the second game of the international break against Uruguay on Tuesday after producing a positive Covid-19 test.

The Brazilian federation said Telles would undergo a second test before a decision is made on whether he can travel with the squad to Montevideo.

The developments are worrying for the player, club and country as Telles tested positive in October, and was forced to spend a fortnight away from the United squad.

The new signing from FC Porto tested negative prior to travelling to South America for the latest round of internationals, but is now in isolation ahead of a second test.

Man Utd are aware of the developments and issued a statement to clarify their position.

The statement from Man Utd read: “The club is checking on the situation regarding Alex Telles and will assess the defender upon his return to Manchester from international duty later this week.

“Reports in Brazil have suggested Telles has tested positive for Covid-19 for a second time and could therefore miss his nation’s match against Uruguay in Montevideo on Tuesday night.

“However, it is understood Alex’s positive test does not necessarily mean he has contracted the virus again.”

Brazil have called up Guilherme Arana as cover for Telles, while Red Devils manager Ole Gunnar Solskjaer will be anxiously awaiting news on his player as he is already without left-back Luke Shaw, who has been forced onto the sidelines by a hamstring injury he picked up against Everton prior to the international break.

The domestic season has been played at break-neck speed due to the late start to the term on account of the knock-on effects from the delay to the previous campaign.

The pace will be unrelenting after the international break, and United will face West Brom at home on Saturday which will be followed by a clash with Basaksehir in the Champions League and a trip to Southampton in the Premier League.