Man Utd star Dean Henderson’s uncle wins £12,500 off £25 bet on him playing for England placed when he was just 14 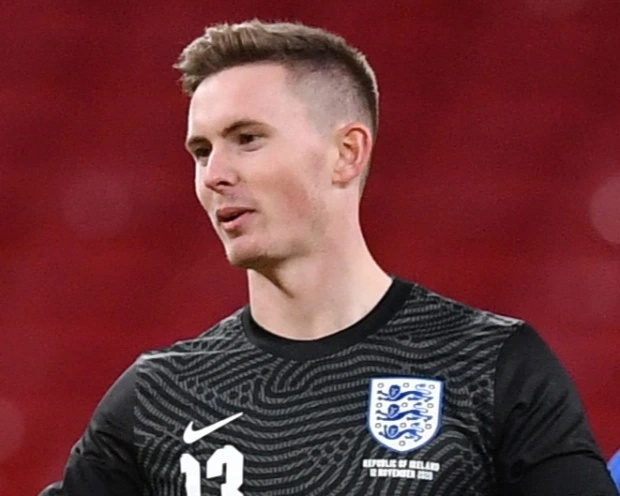 DEAN HENDERSON’S uncle has raked in £12,500 off a £25 bet after the Manchester United star made his England debut.

Henderson, 23, came on at half-time in the 3-0 win against the Republic of Ireland earlier this month.

And uncle Martin Plunkett was able to collect a tasty sum of cash after putting £25 on odds of 500/1 for Henderson to win a Three Lions cap when the goalkeeper was just 14 years old.

Henderson’s mum and gran also picked up £2,500 after each betting £50 following his move from Carlisle to Old Trafford in 2011.

Plunkett told the Mirror: “I haven’t spoken to Dean about the bet but he did text after game last Thursday to tell his mother, ‘Have we all got the money?’

“We told him we got confirmation from William Hill that the bet was aright so yeah, he was chuffed for us. He’s a good lad, he deserves it.”

But following his England cap, it now remains to be seen if Henderson remains at United in January.

He has played just three times since returning from a two-year loan at Sheffield United, and is yet to make his Premier League bow.

SunSport understands Henderson is eager for a loan this winter as he looks to retain his place in Gareth Southgate’s squad for the Euros.

Leeds and Brighton are keen, while Scottish champions Celtic have also been linked.

However, United are reluctant to let Henderson go with Sergio Romero already set to leave.

And Ole Gunnar Solskjaer continues to insist Henderson still has a major role to play this term after impressing in training.

Speaking ahead of Tuesday’s Champions League clash with Istanbul Basaksehir, Solskjaer said: “Dean wants to stay at United and play for United.

“I can’t see the logic in only one potential appearance left before Christmas. Do you know how many games we’ve got?

“I disagree completely that tomorrow is make-or-break for Dean. He’s come back in, he’s training really well, he’s maturing, he’s had some games.

“He’s training with one of the best goalies in the world [David De Gea], he has got the potential to be one of the best, it’s great competition between them.

“So I don’t buy that argument it’s make or break. And it’s not up to me to keep everyone happy.

“The performances will always be the deciding factor if you play or not. I think every position you play for United, it’s your duty to make me and the coaches happy, so then there’s a bigger chance you can pay next time.”