Mason Greenwood says that Ole Gunnar Solskjaer’s simple advice to play with “a smile on your face” has proved crucial in his recent Manchest... 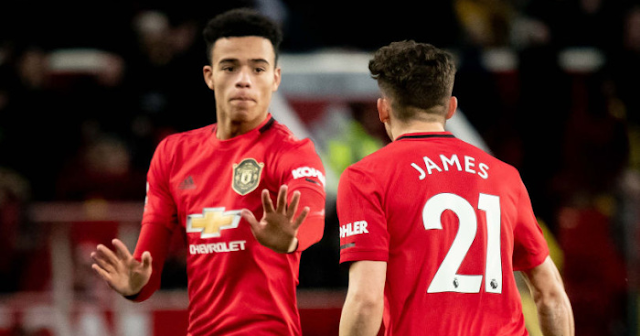 Mason Greenwood says that Ole Gunnar Solskjaer’s simple advice to play with “a smile on your face” has proved crucial in his recent Manchester United rise.

What’s more, the Englishman’s ability to finish with deadly effect using both feet has proved invaluable.

Speaking to World Soccer Magazine (via the Manchester Evening News), the 19-year-old revealed how former Old Trafford striker Solskjaer was crucial in building his confidence.

“It was Ole, the manager,” Greenwood said.

“Ole has been a big part of my game and development. He has helped me to get to where I am now and has given me the chances to prove to everyone what I can do.

“I’m glad he’s there. He’s a good manager and he knows what he’s talking about because he’s been a great goalscorer for Manchester United himself.

“When he talks to me I always listen and take his advice.”

Greenwood has lacked game time of late, though, owing to off-field issues. Among them was his decision to break Covid-19 protocols while on senior England duty for the first time.

However, he returned to action on Tuesday, notching an assist in the 4-1 Champions League win over Istanbul Basaksehir.

United meet Southampton in the Premier League on Sunday, with the Saints flying high in the table.

Indeed, ahead of the match, Solskjaer picked out the comparisons between the Austrian and German Klopp.