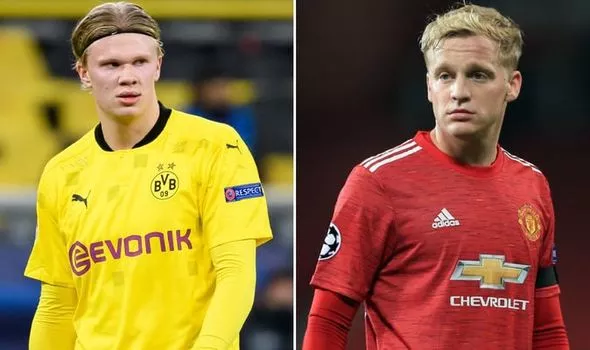 All the latest transfer news and rumours surrounding Manchester United, who face a tricky trip to Southampton this weekend.

Manchester United are a club constantly linked to a multitude of potential transfers and many of the world’s best players. This year is no different, particularly with the club struggling to find a consistent run of results so far in 2020/21.

Ole Gunnar Solskjaer’s side face an away game at Southampton this weekend and are in the midst of a hectic run of fixtures in this congested campaign.

However, the January transfer window is little over a month away and it is likely that the club will consider freshening up their options in the squad should opportunities arise.

Erling Haaland has been a long-standing transfer target of Manchester United, but Borussia Dortmund have ruled out his exit any time in the near future.

The club’s sporting director Michael Zorc insists the in-demand Norwegian, who has averaged over a goal a game at the club since his January switch from RB Salzburg, is going nowhere.

Zorc has said, as cited by ESPN: "We plan for the long term with Erling. [Rumours] do not have to be dealt with at all, I will see him with us for a long time."

Another forward who United have been linked with but for whom a move appears more probably is Barcelona’s Ousmane Dembele.
The France international, formerly of Dortmund, was wanted by the Red Devils in the summer transfer window but no agreement was found between the clubs.

Catalan media outlet Sport now report that United’s interest has not subsided in the player and they may try to sign him in January.

Dembele’s contract at the Camp Nou expires in 2022 and, amid great financial uncertainty at the club, they may decide to cash in on him.

Italian champions Juventus are considering a move for Manchester United midfielder Donny van de Beek, who only moved to Old Trafford this summer.

The former Ajax ace has yet to start a Premier League game for United and has found himself behind others in the midfield pecking order.

Italian outlet Calciomercato now claims the Old Lady are interested in a move for van de Beek, who impressed from the start in Tuesday night’s 4-1 win over Istanbul Basaksehir.

However, United will surely be loathed to selling the Dutchman so soon after bringing him in from Amsterdam.